With the Supreme Court about to rule on whether gay and lesbian couples have a constitutional right to marry in the states in which they live, Trials & Error discussed the landmark 2010 case in federal district court, Hollingsworth v. Perry, which struck down Proposition 8 and its ban on same-sex marriage in California. The Perry trial established a factual basis for why same-sex couples should have the right to marry, and reflected the cultural shift in public opinion about the validity and dignity of such unions.
The discussion included law professor and author of Speak Now, Kenji Yoshino, legal correspondent for Slate, Dahlia Lithwick, , and Emmy-winning actress of the iconic comedy Will & Grace (responsible for humanizing same-sex relationships in the broader culture), Debra Messing. A book signing with Kenji Yoshino followed the event.

“It was really shocking and overwhelming and humbling because we knew we were doing something potent when we were starting the show (Will and Grace).” 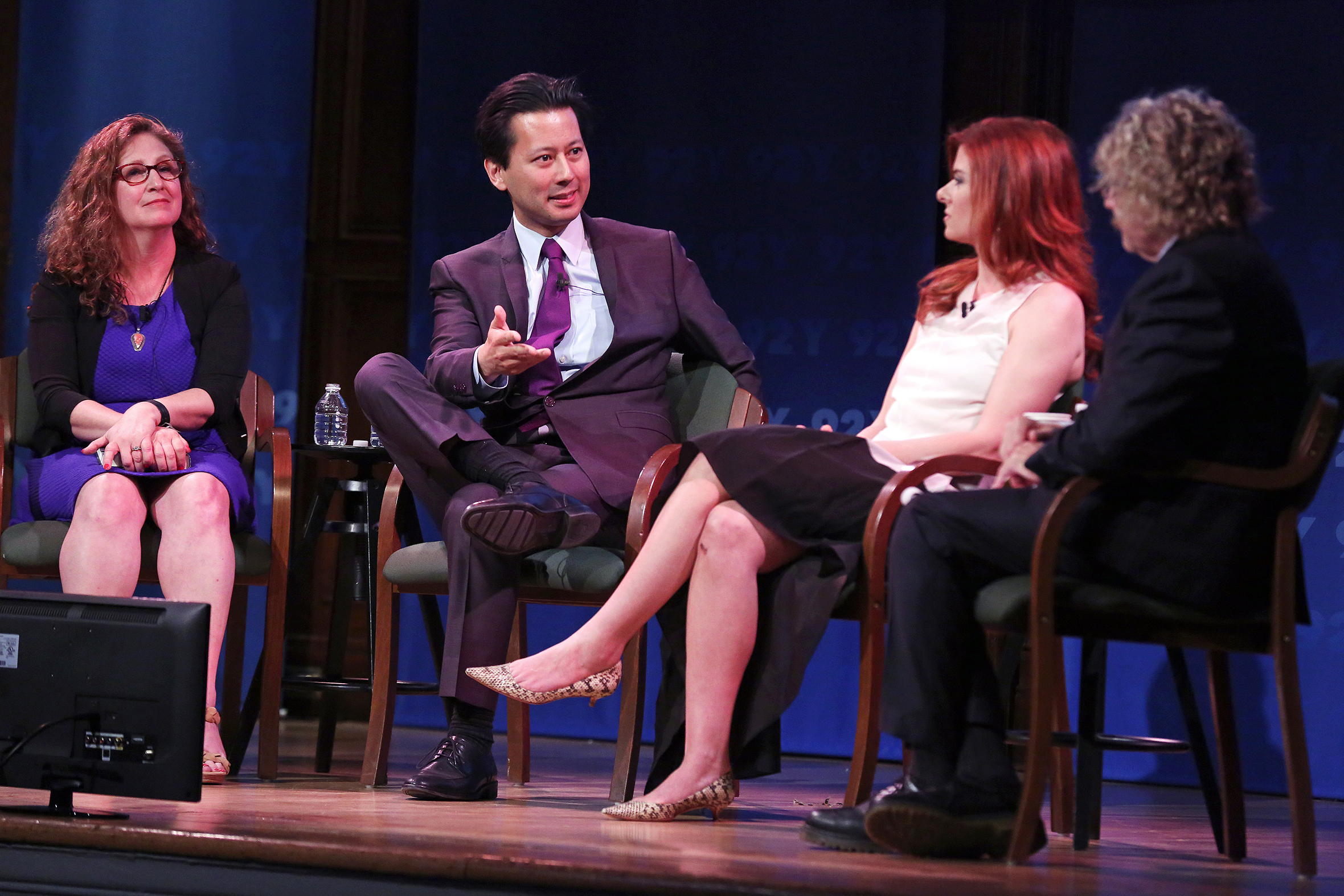 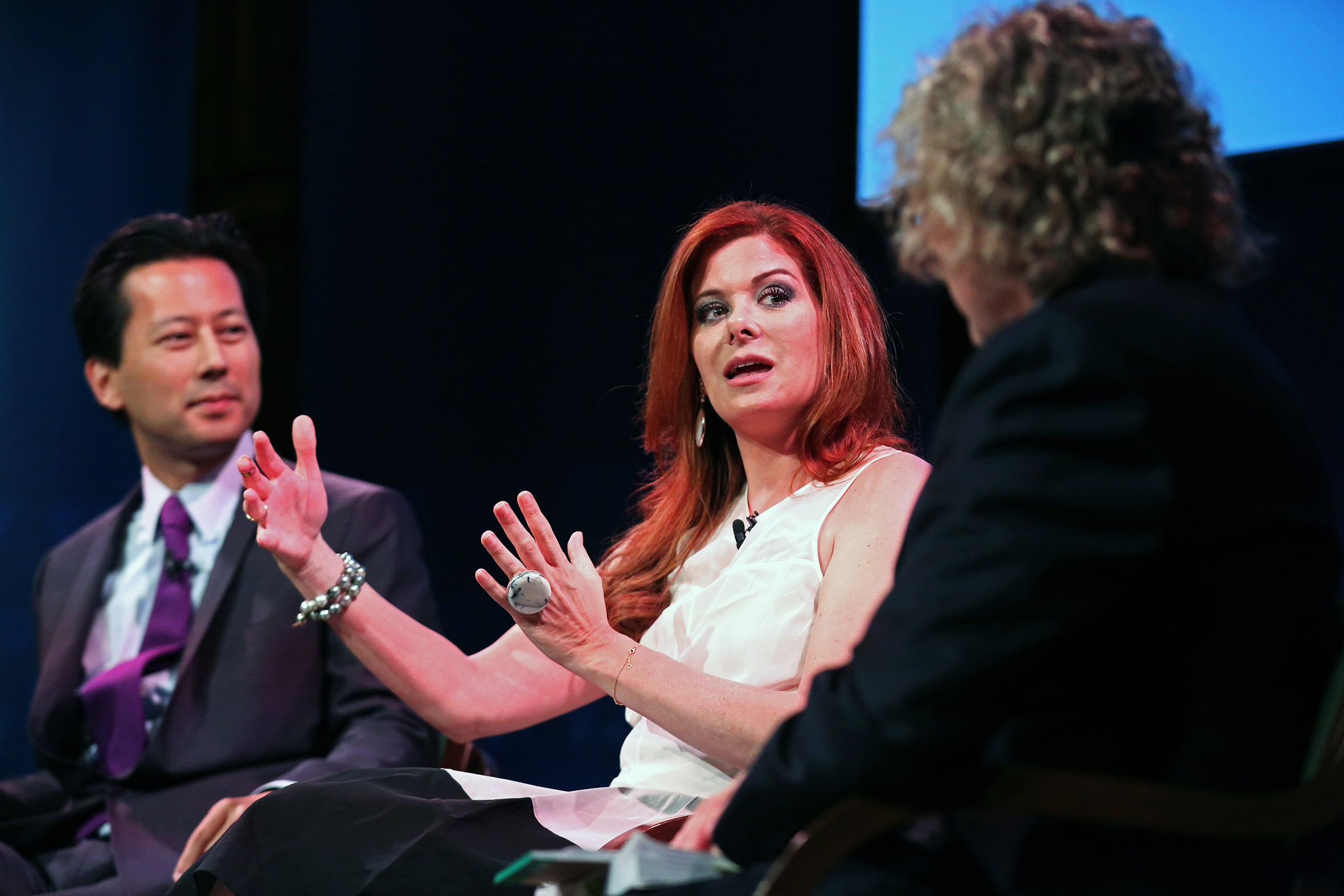 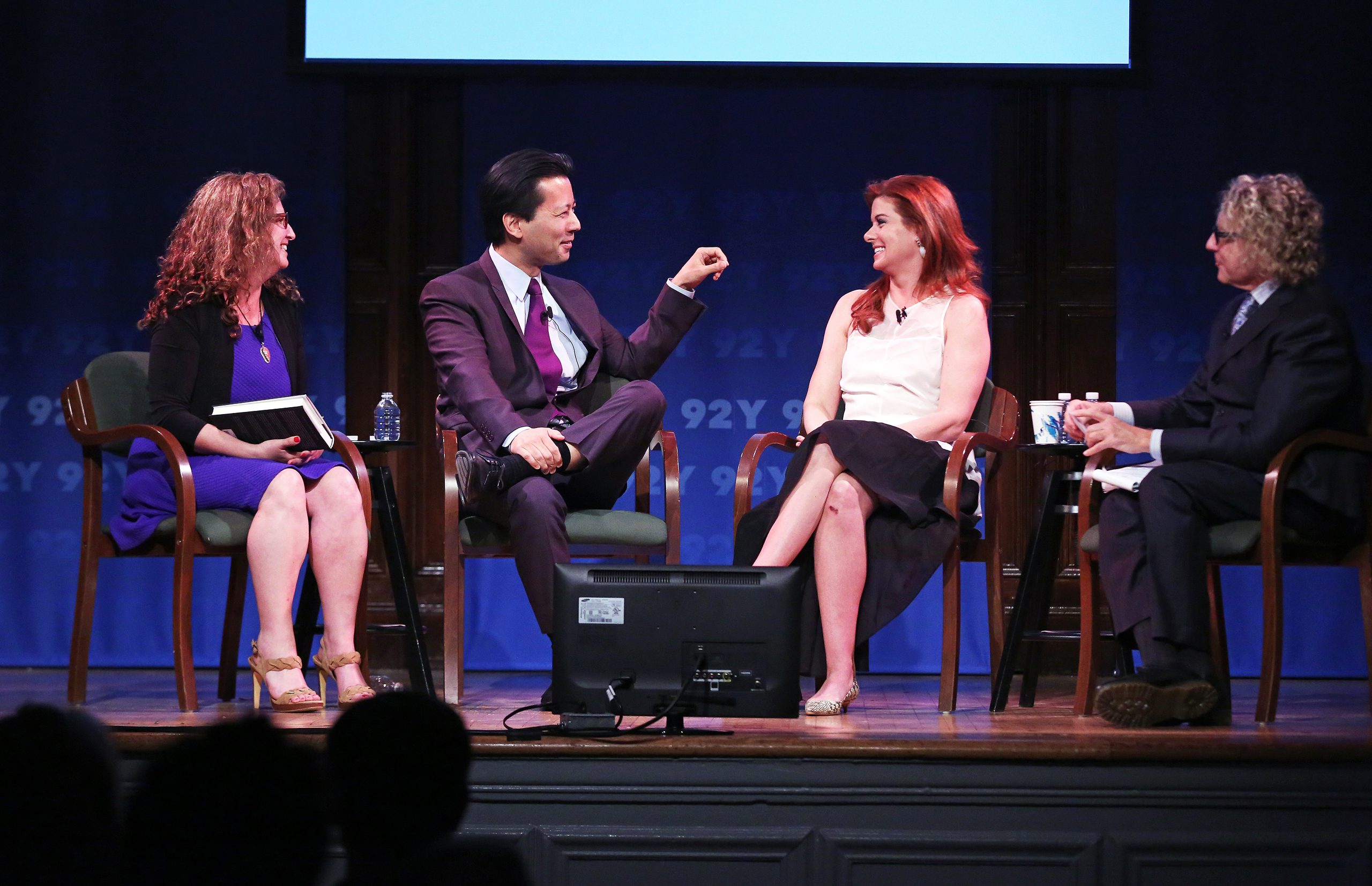 “I started reading (the case) and I didn’t surface into everyday life again until I had turned the last page, because for me, this was like a shining civil rights document.”

Yoshino is the author of: Speak Now: Marriage Equality on Trial (2015); A Thousand Times More Fair: What Shakespeare’s Plays Teach Us About Justice (2011); and Covering: The Hidden Assault on Our Civil Rights (2006).
Yoshino’s work has appeared in academic journals, including The Columbia Law Review, The Harvard Law Review, The Stanford Law Review, and The Yale Law Journal.

In 2011, Yoshino was elected to the Harvard Board of Overseers for a six-year term. He also serves on the Global Advisory Board for Out Leadership, the Advisory Board of the Center for Talent Innovation, and Deloitte’s Inclusion External Advisory Council. He has received several teaching distinctions, most recently NYU Law’s Podell Distinguished Teaching Award in 2014.

Dahlia Lithwick is a senior editor at Slate, and in that capacity, writes the “Supreme Court Dispatches” and “Jurisprudence” columns. Her work has appeared in the New YorkTimes, Harper’s, The New Yorker, The Washington Post, and Commentary, among other places. She won a 2013 National Magazine Award for her columns on the Affordable Care Act. She has been twice awarded an Online Journalism Award for her legal commentary and was the first online journalist invited to be on the Reporters Committee for the Freedom of the Press.
Ms. Lithwick has testified before Congress about access to justice in the era of the Roberts Court. She has appeared on CNN, ABC, The Colbert Report, and is a frequent guest on The Rachel Maddow Show.

Ms. Lithwick earned her BA from Yale University and her JD degree from Stanford University. She is currently working on a book about the four women justices of the United States Supreme Court.

After Will & Grace ended its lengthy run, Messing starred in USA Network’s six-hour television event, The Starter Wife, with Joe Mantegna, Miranda Otto and Judy Davis. The miniseries picked up 10 Emmy nominations, including Messing’s for Outstanding Lead Actress in a Miniseries or a Movie. She also earned a Golden Globe nomination for Best Performance by an Actress in a Mini-Series or a Motion Picture Made for Television. Due to this highly successful run, Messing reprised her role as Molly Kagan in The Starter Wife regular series which completed airing in the Fall of 2008 on USA Network. Debra received a nomination for a Golden Globe for Best Performance by an Actress in a Television Series – Musical or Comedy for her work on the series.