The Exonerated: Screening and Conversation

Based on the Off-Broadway stage play of the same name, The Exonerated tells the stories of six actual people on death row who were falsely convicted of murder. The movie script was written using interviews and testimonies from these innocent death row inmates. They gave accounts of their struggles in prison and what happened to them after their release, because all six were eventually exonerated through the introduction of DNA evidence. The movie features Brian Dennehy, Danny Glover, Delroy Lindo, Aidan Quinn, and Susan Sarandon.

“The thing that’s so amazing that film can do is it gives you a moment to identify with someone that you wouldn’t have identified with.” 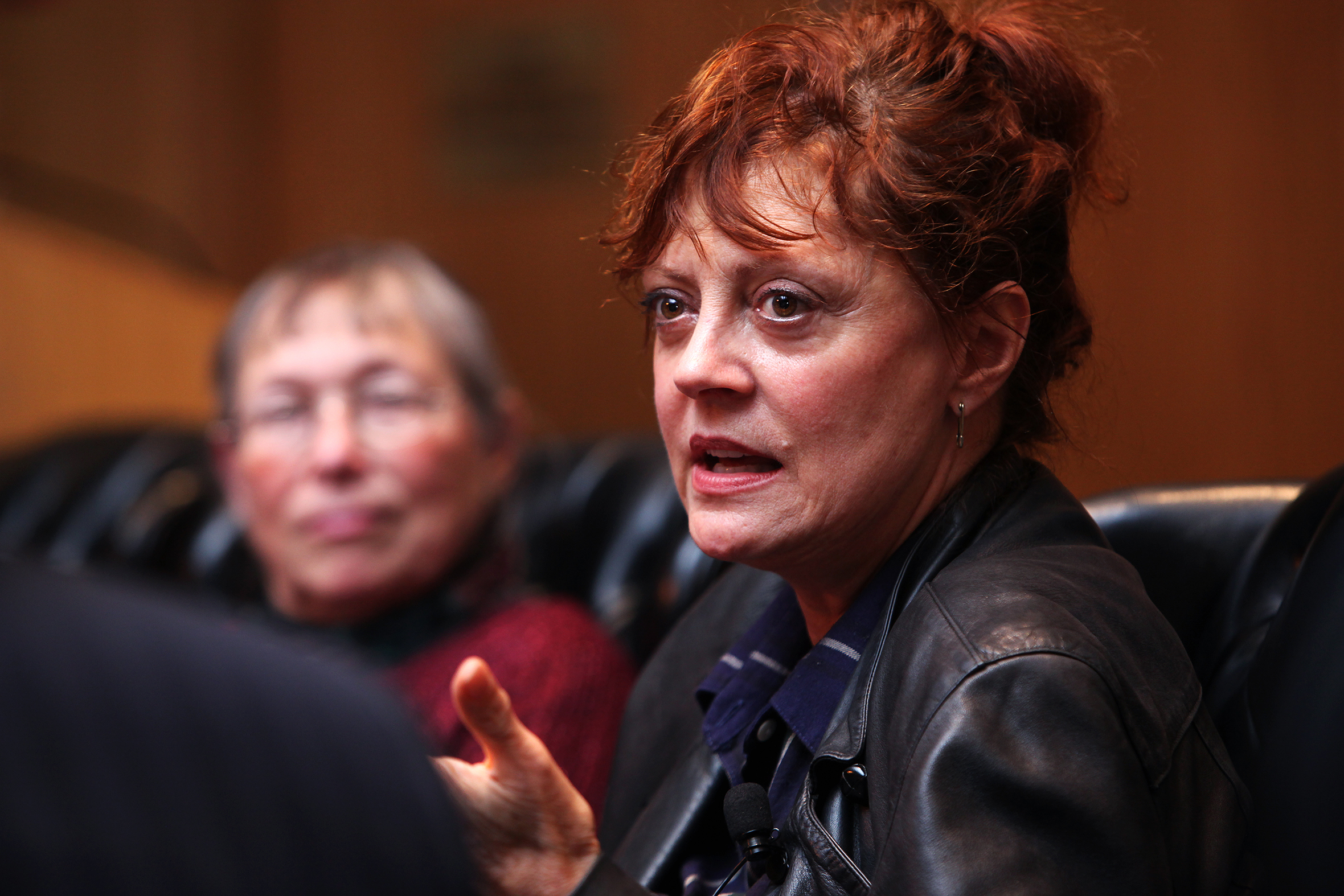 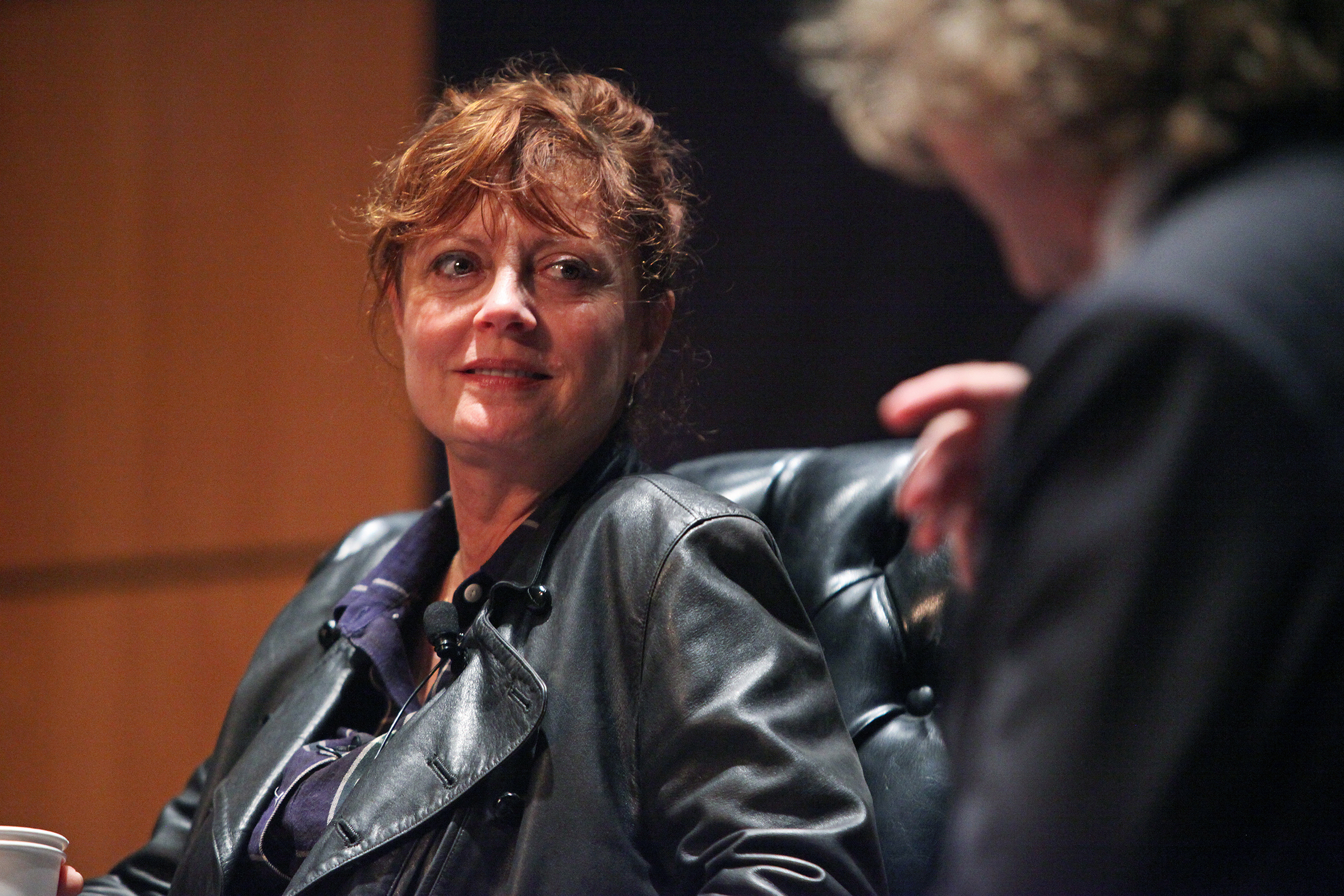 Susan Sarandon brings her own brand of sex appeal and intelligence to every role – from her fearless portrayal in Bull Durham to her Oscar-nominated performances in Thelma and Louise, Lorenzo’s Oil, The Client, and Atlantic City to her Academy Award-winning and SAG Award-winning role in Dead Man Walkingas Sister Helen, a nun consoling a death-row inmate.

Sarandon made her acting debut in the movie Joe, which she followed with a continuing role in the TV drama A World Apart. Early film credits include the 1975 cult classic The Rocky Horror Picture Show and Louis Malle’s controversial Pretty Baby. She went on to receive her first Oscar nomination in Malle’s Atlantic City.

The hard-working actress has made a career of choosing diverse and challenging projects both in film and television. In 2008, she received an Emmy Nomination for Outstanding Lead Actress in a Miniseries for her role in the HBO film Bernard and Doris, as well as a Golden Globe and SAG nomination. She received an Emmy and SAG nomination for her work in Barry Levinson’s You Don’t Know Jack with Al Pacino for HBO.

She also starred in the TV Movie The Exonerated; in HBO’s Earthly Possessions; in the CBS Movie Women of Valor; and the HBO Miniseries Mussolini: The Decline and Fall of Il Duce.

Balaban produced and co-starred in Gosford Park, which was nominated for seven Academy Awards, including Best Picture. He also produced and directed the hit Off-Broadway play, The Exonerated and later directed the film version for Court TV.

He produced, directed and wrote the award winning film, The Last Good Time, and directed Parents. He is the creator-writer-producer of the IFC animated series Hopeless Pictures and executive produced two seasons of Celebrity Charades for AMC.

Jacobs was wrongfully tried, convicted and sentenced to death in Florida, USA in 1976. She spent five years under sentence of death in solitary confinement before her death sentence was overturned. Her practice of yoga and meditation sustained her through her ordeal. She then spent a further 12 years among the general prison population to whom she began to teach Yoga. Her partner Jesse Tafero who was also wrongfully convicted and sentenced to death was executed on fourth of May 1990, two years before evidence of his innocence was made known. With the help of lawyers who worked for many years without pay and friends who assisted them in the research, Jacobs had her conviction overturned in 1992 and achieved her liberty.

Peter Pringle was wrongfully prosecuted tried and convicted of capital murder and robbery by the non-jury Special Criminal Court in Dublin in 1980. He was sentenced to death and to 15 years imprisonment. In 1981, his death sentence was commuted to 40 years penal servitude without remission. He practised yoga and meditation while in prison which provided the means with which he was able to maintain his sanity and well-being. As a result, he was able to study law and prepare his case under the Irish Constitution. He opened his case in the High Court in Dublin in January 1992 representing himself. In 1994, with the help of Greg ONeill, a human rights lawyer in Dublin his case was brought before the Court of Criminal Appeal and his convictions were quashed in May 1995 and he won his freedom.