The Courtroom: Performance and Conversation

In 2004, an immigrant from the Philippines who was married to a U.S. citizen came to this country on a K-3 visa (a.k.a. fiancée visa). After inadvertently registering to vote at the DMV in Chicago, receiving a voter registration card in the mail and voting, her removal proceedings were set in motion. It began in immigration court and her case was eventually heard by the U.S. Court of Appeals for the 7th Circuit.  The Courtroom is a re-enactment of that deportation proceeding, performed verbatim from court transcripts. This riveting and timely drama about real-world events features text arranged from actual court transcripts by Waterwell co-founder and Tony Award nominee Arian Moayed and directed by Waterwell Artistic Director and Obie Award winner Lee Sunday Evans.

FOLCS hosted a special presentation of The Courtroom at the New York City Bar Association (“City Bar”). This performance was followed by a Conversation about the legal pitfalls of the immigration process and the need for its reform, featuring Jeffrey S. Chase, former Immigration Judge, Victoria Neilson, the chair of the City Bar’s Immigration and Nationality Law Committee, Ravi Ragbir, community activist and immigrant rights advocate, Richard Hanus, the real-life Immigration Lawyer portrayed in The Courtroom, and the Waterwell co-founder and Tony Award nominee Arian Moayed. 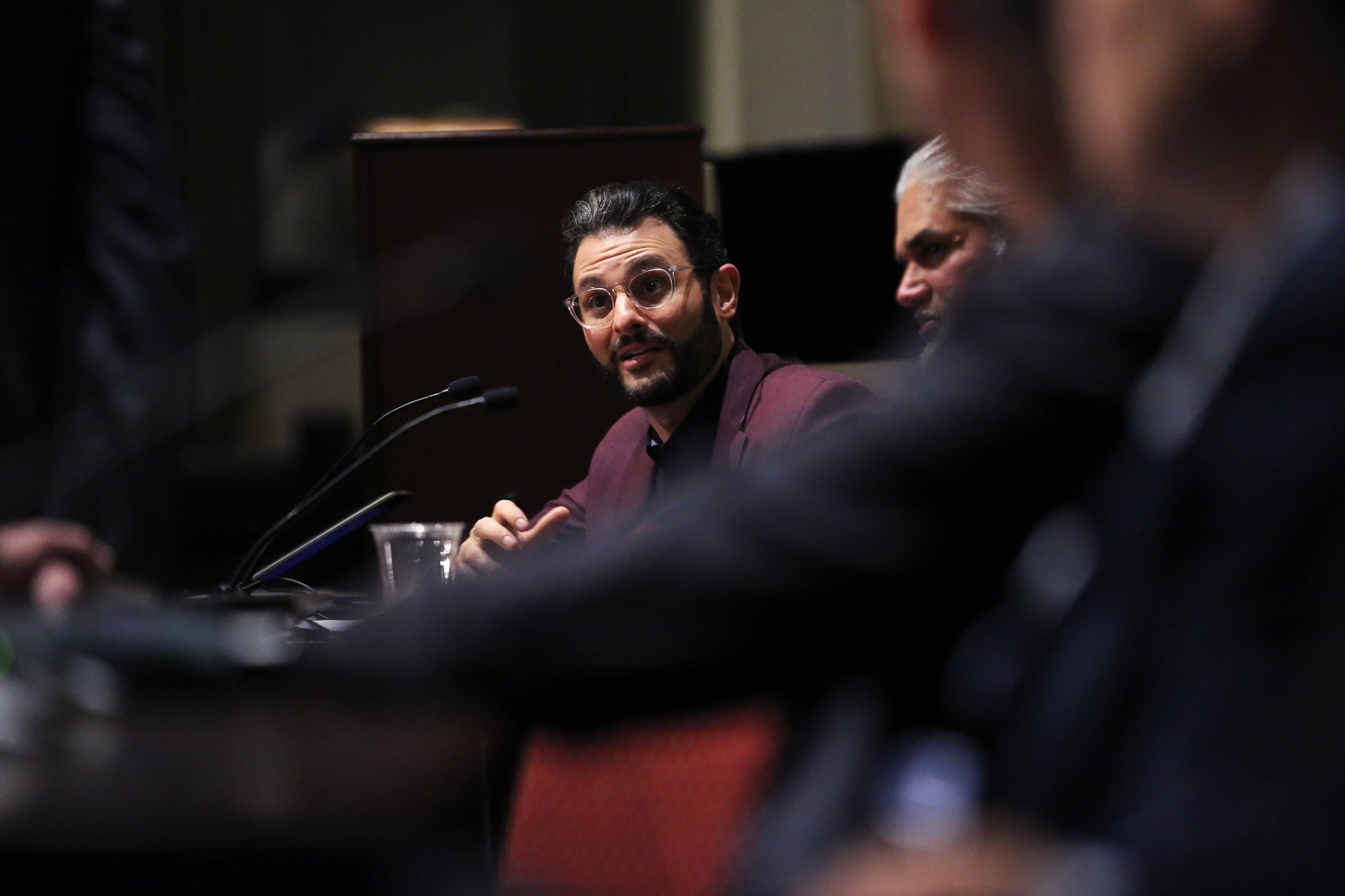 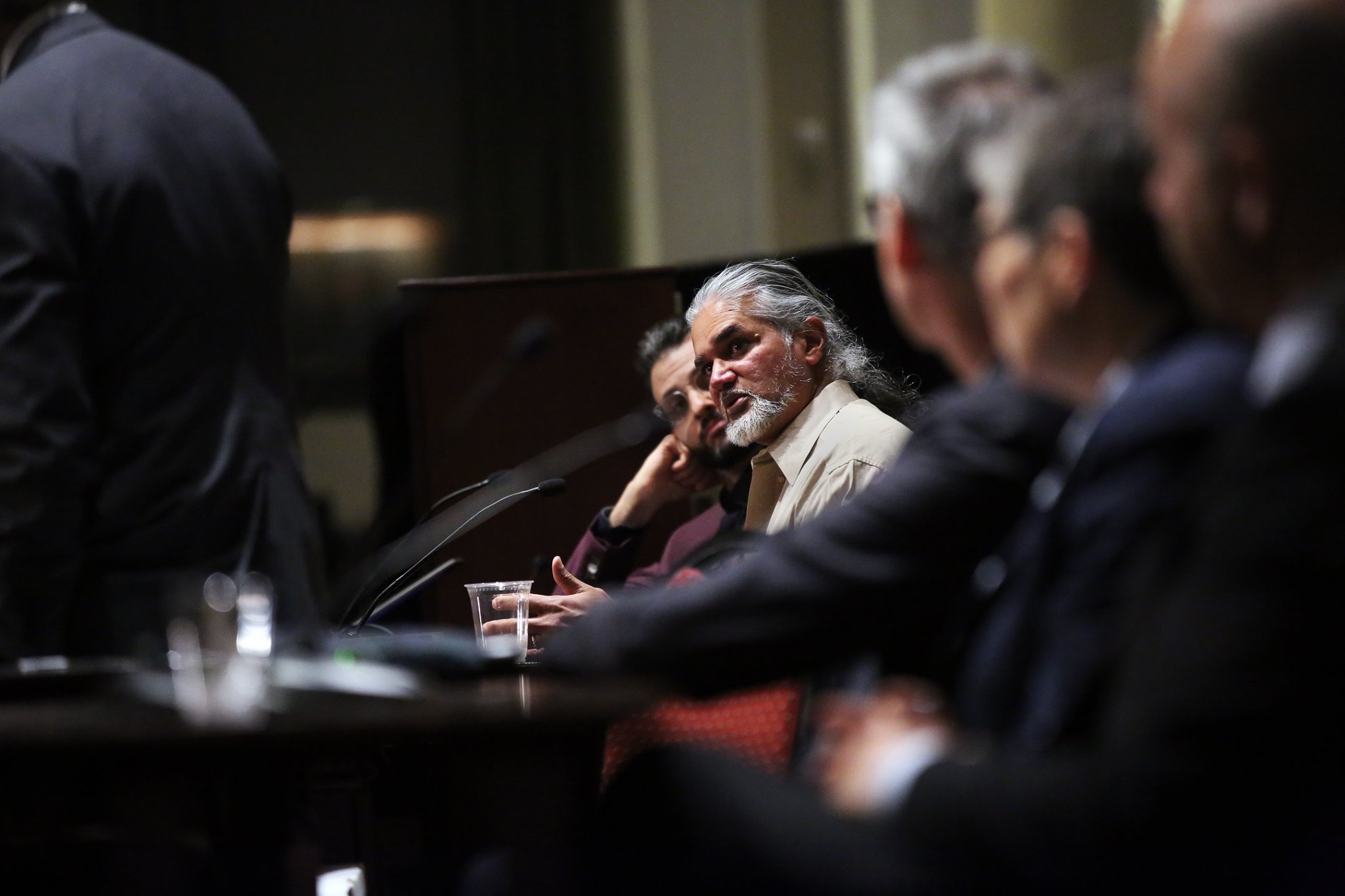 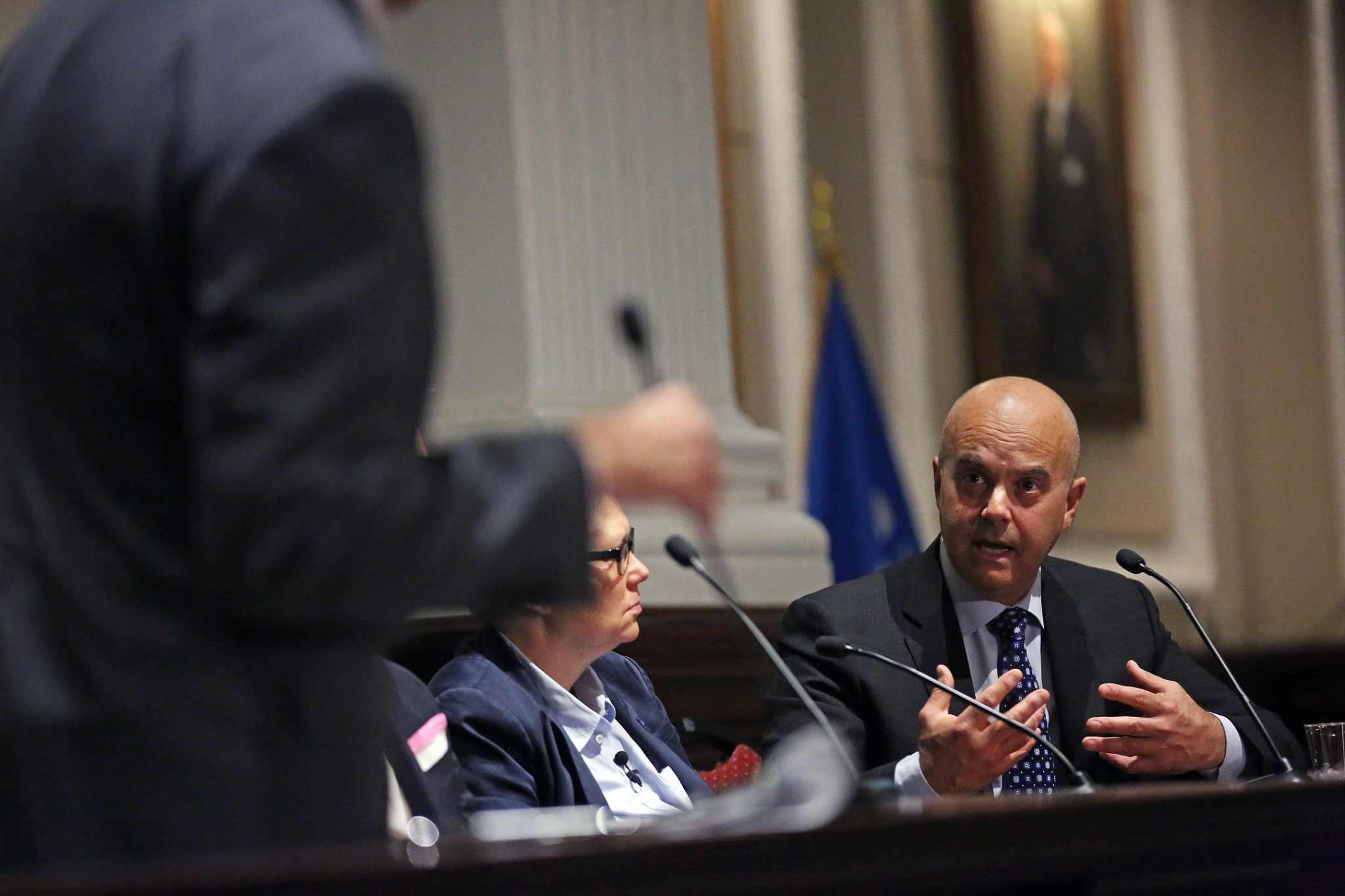 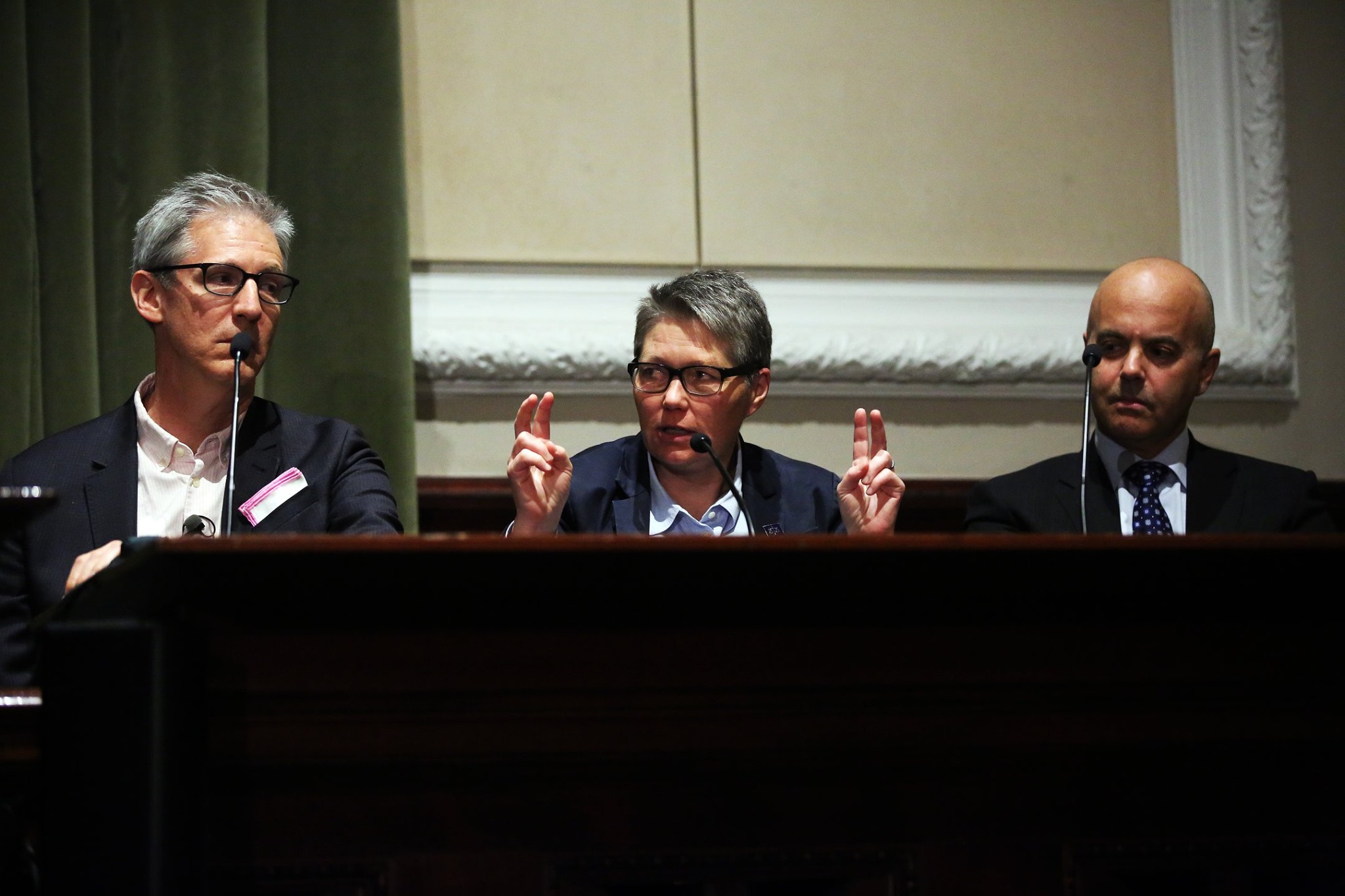 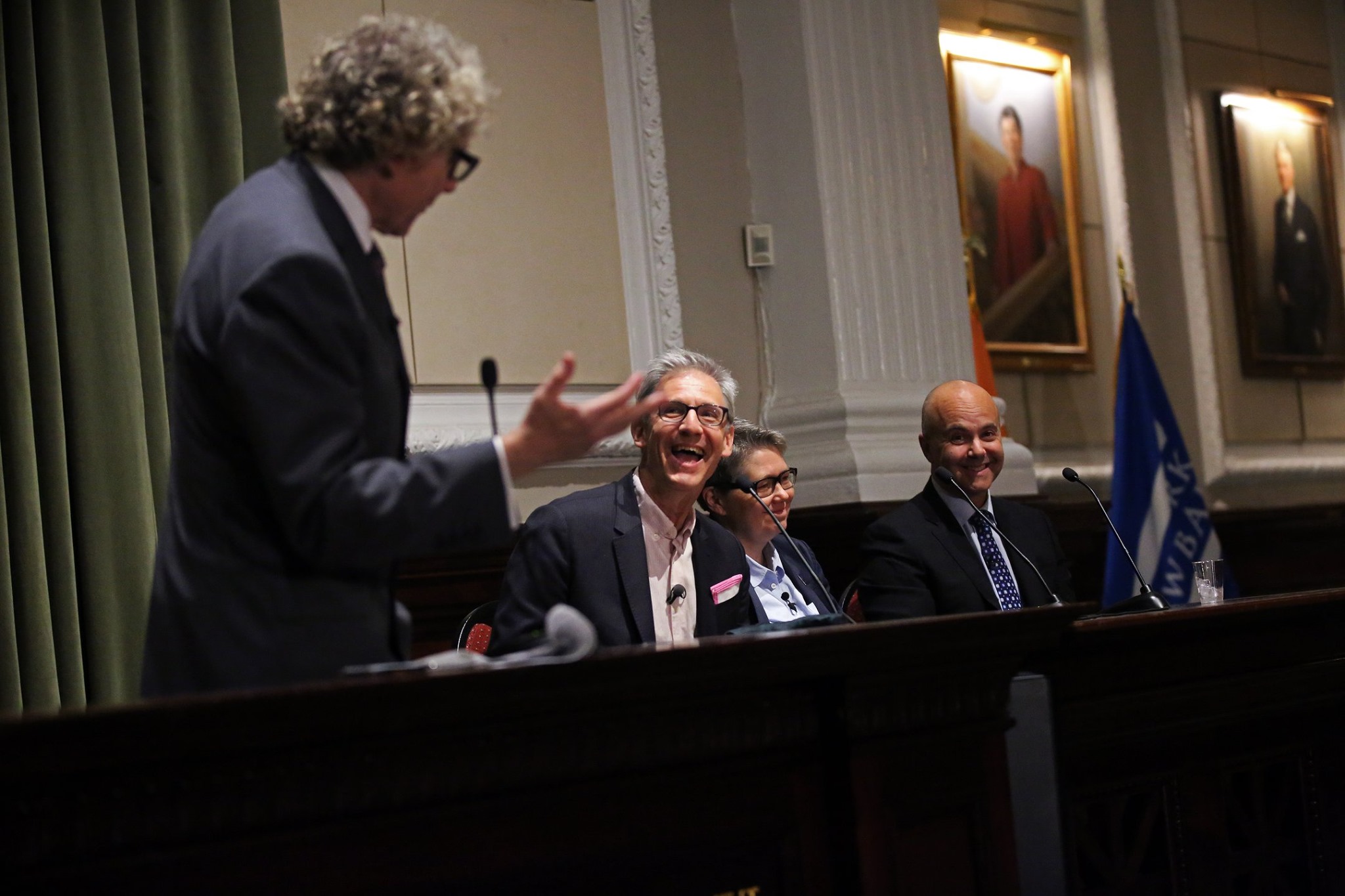 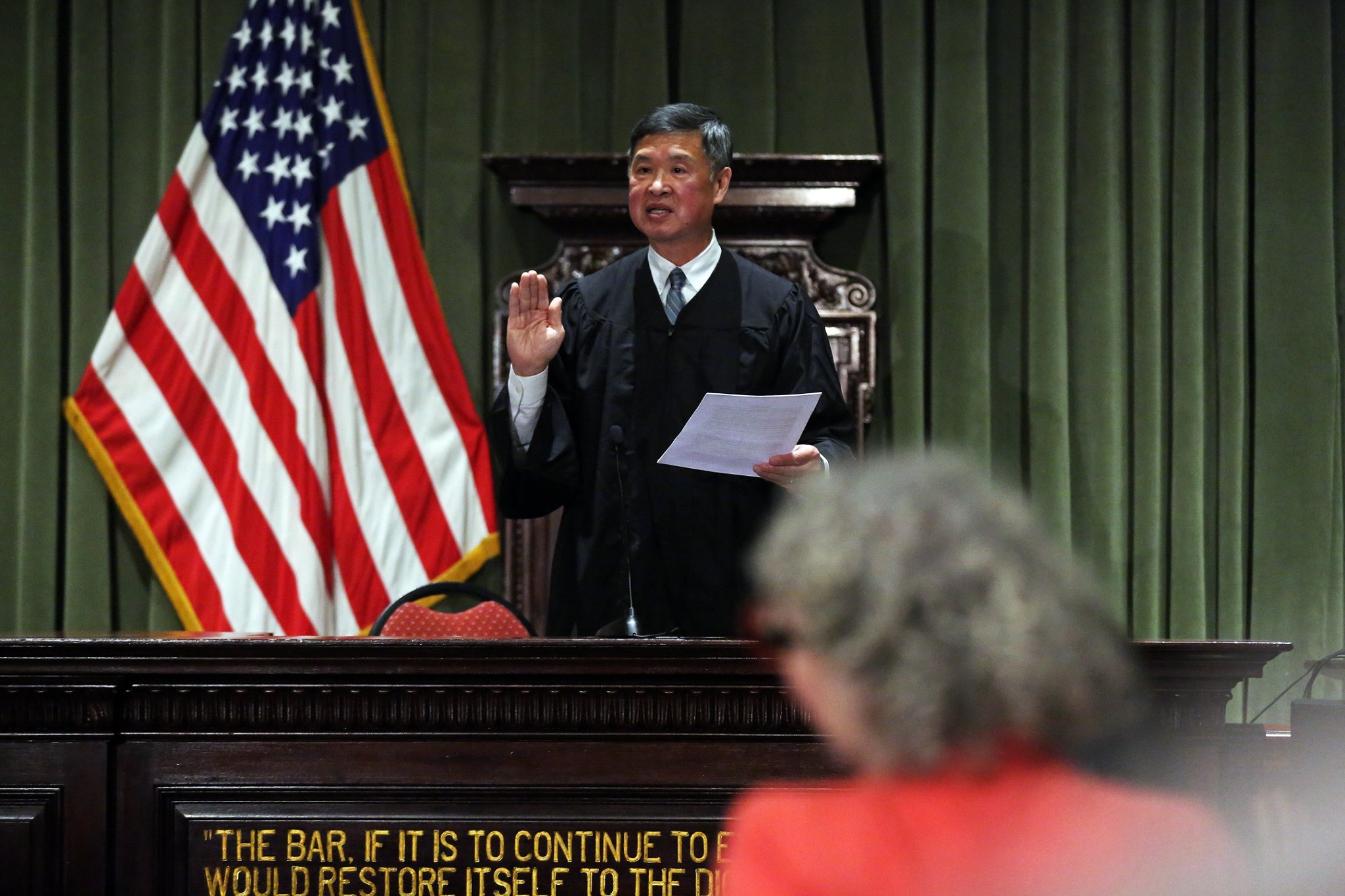 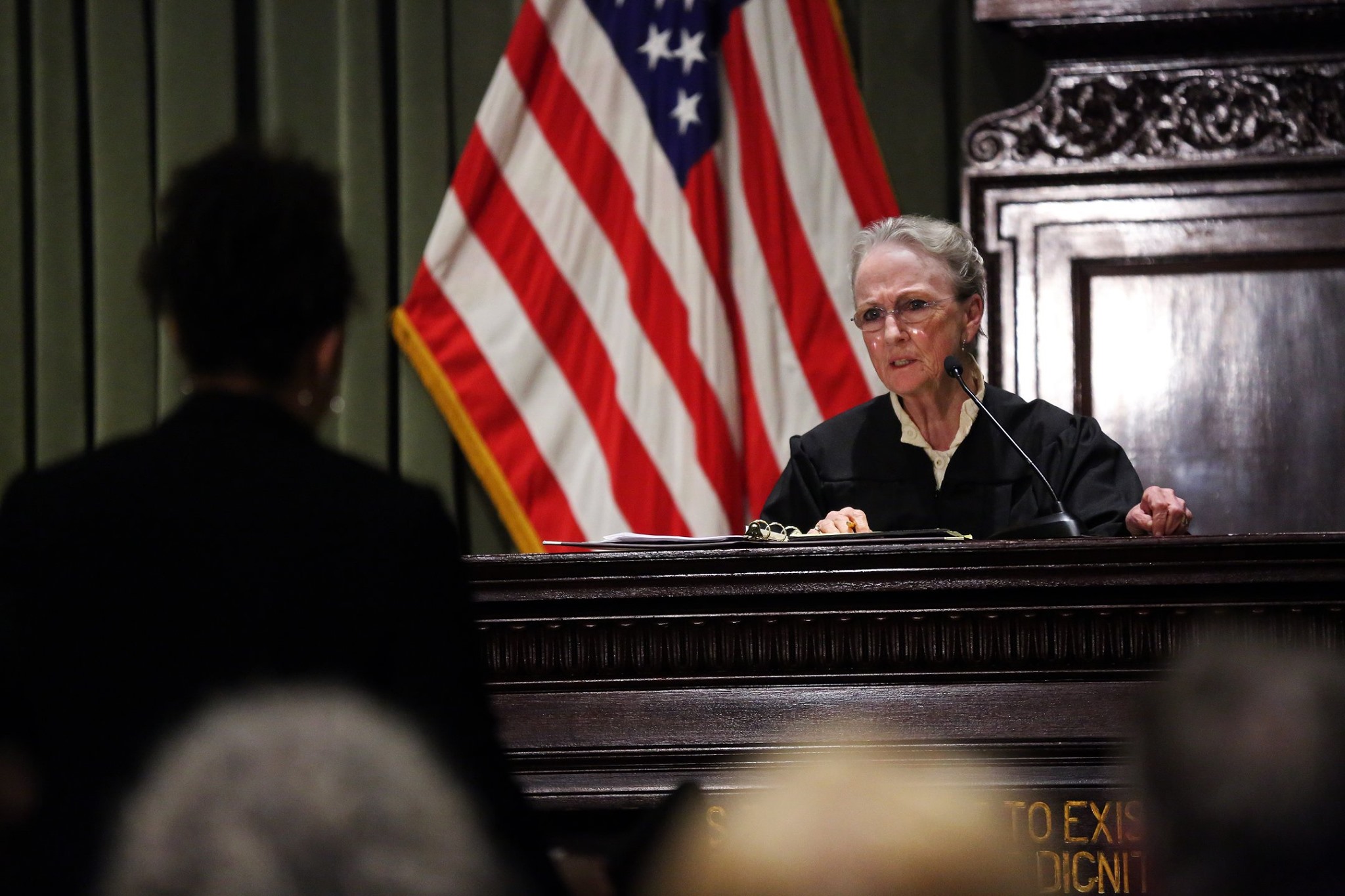 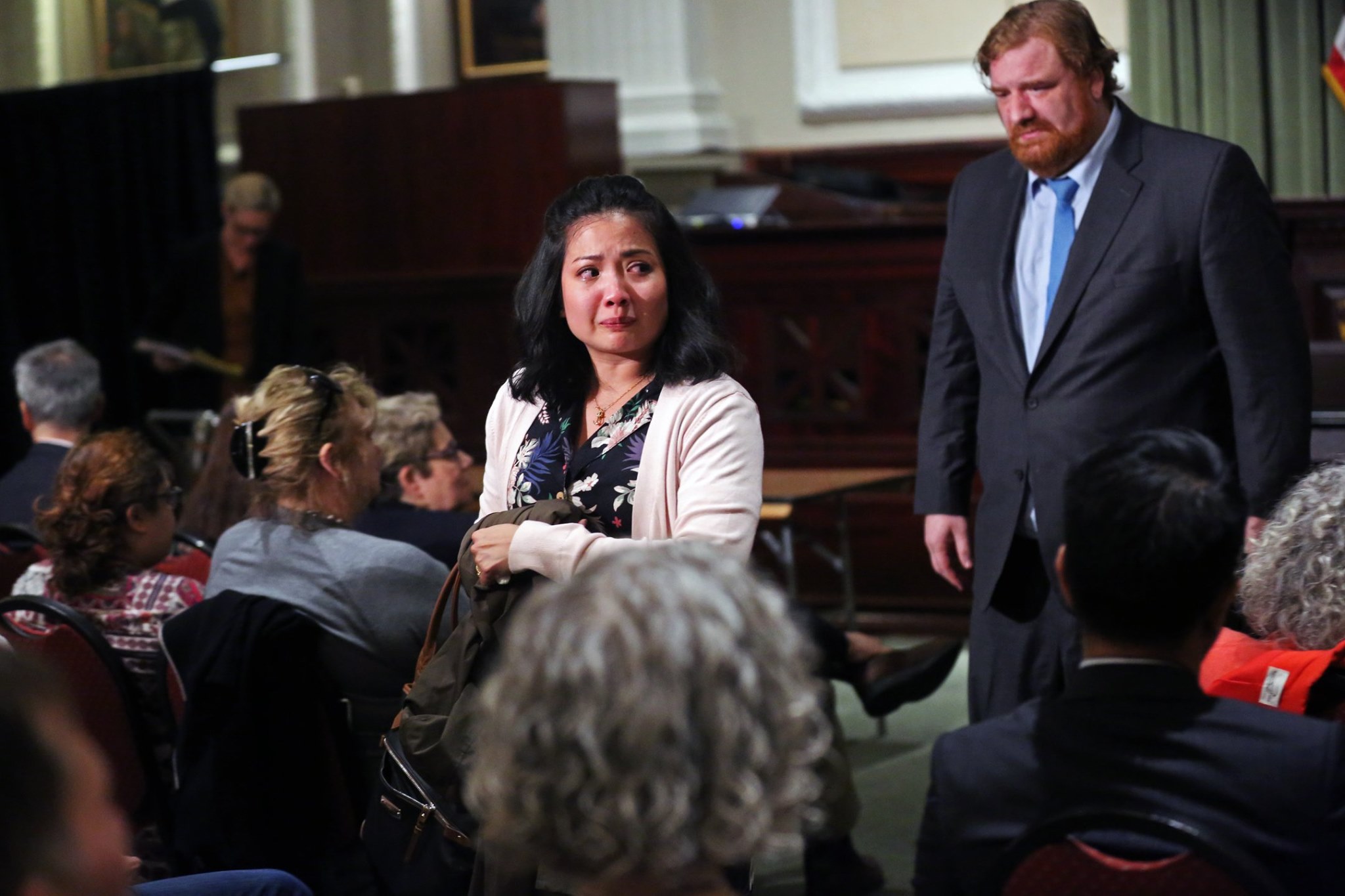 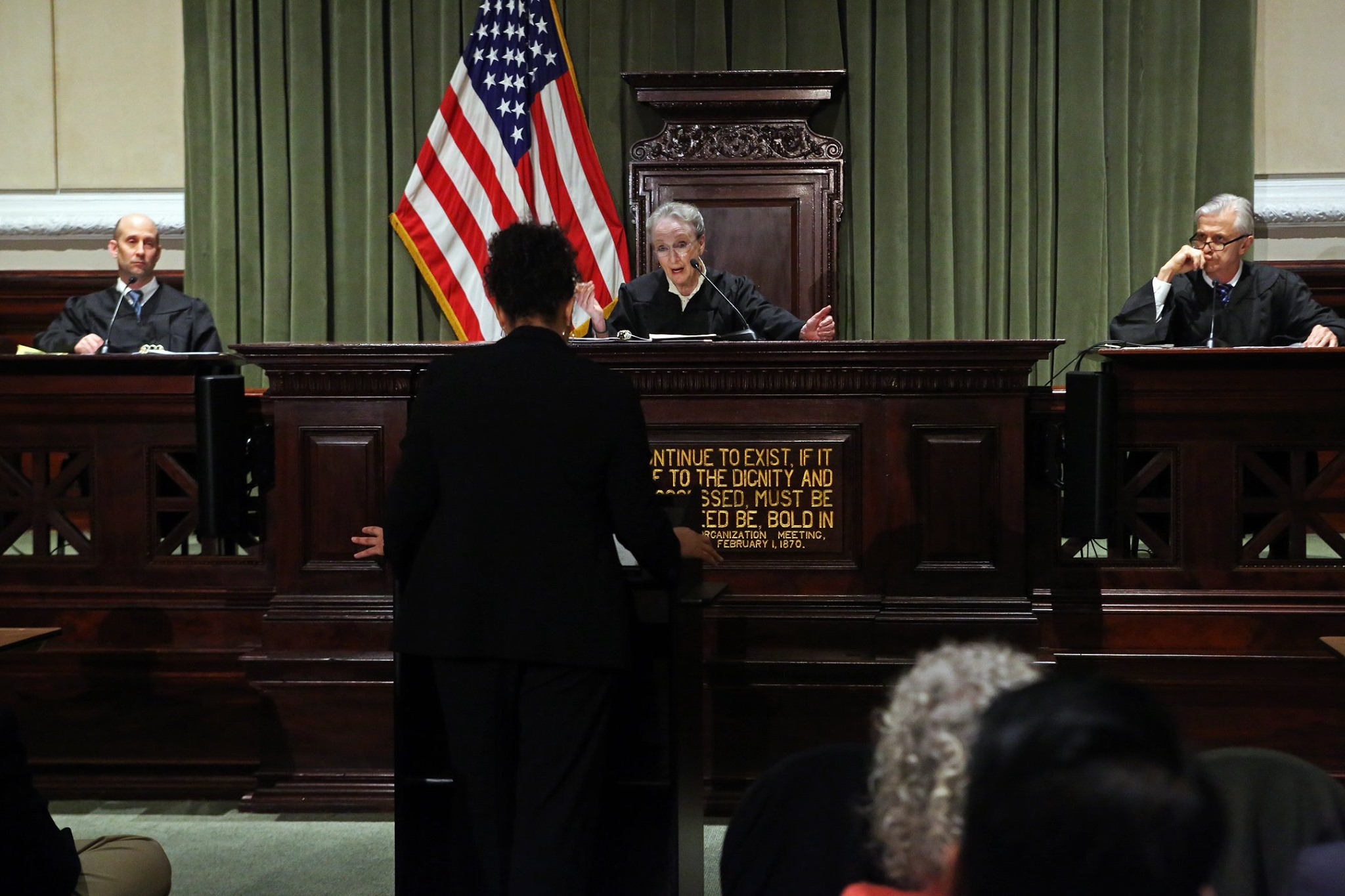 Victoria Neilson is a senior attorney at Catholic Legal Immigration Network (CLINIC) where she works in the Defending Vulnerable Populations Project. She is the former legal director of Immigrant Justice Corps and Immigration Equality, where her practice focused on the intersection of LGBT issues and immigration law.  Ms. Neilson has also worked for the Office of Chief Counsel at U.S. Citizenship and Immigration Services at the New York Asylum Office and is the former legal director of the HIV Law Project. She has taught as an adjunct professor at City University of New York School of Law and at New York University School of Law.  She is the current chair of the Immigration and Nationality Law Committee of the New York City Bar Association and a member of AILA’s national Asylum Committee. She is a contributing author to the 5th edition of the AILA book, Representing Clients in Immigration Court. Ms. Neilson received her J.D. from the City University of New York School of Law and her B.A. from Harvard University.

Ravi Ragbir is a NYC immigrant rights activist who has helped thousands of people as an organizer and now as the Executive Director of the New Sanctuary Coalition of New York.  He works directly with those facing deportation to empower them in struggle to remain in the US.  He has trained advocates from various immigrant and allied organizations and many faith-based organizations nationwide on the impact of our immigration policies, on creating sanctuary spaces, and on how to accompany immigrants through the challenging deportation process. Working with these groups Ravi has organized Beyond Your Rights and community forums to educate and train communities to advocate for the individual but more importantly to advocate for a fair and humane immigration policy.

In the last few years Ravi has developed a clinic that brings together immigrants who are facing deportation and with volunteers who assist them in getting ready for their applications, check-ins and court cases. Up to 150 immigrants come to New Sanctuary Coalition weekly to the Pro Se Clinic and up to 50 are accompanied by ministers and other U.S citizens to ensure that immigrant seen by ICE and the courts are treated with dignity and are shown to have strong community support in this struggle.

Ravi has been called to testify before the New York City Council, has presented at both local and national conferences, and provides information on immigration to city and state agencies, and to consulates.  He spearheaded the campaign for New York State legislation to confront the situation of children being brought to New York by Immigration and Custom Enforcement and most recently the targeted separation of children from their families.

Ravi has first-hand knowledge of the deportation system because he is facing removal. He is fighting to remain here with his family, friends and supporters. He faces ICE check-in once again in late January 2019 with the ever present threat of deportation.

Arian Moayed is the Co-Founder & Board Chair of Waterwell, a civic-minded and socially conscious theater and education company, as well as a Partner at the for-profit Waterwell Films. Recent Waterwell productions include a dual-language Hamlet (played the title roll,) and the remount of a forgotten WWII musical called Blueprint Specials, produced on board of the USS Intrepid with a cast of veterans and Broadway actors. At the Waterwell Drama Program, over 250 students per year receive world-class arts training and education in advocacy at the Professional Performing Arts School… free of charge. With Waterwell Films, he has written/directed the Emmy-nominated, short-form, streaming thriller, The Accidental Wolf, which stars Kelli O’Hara (theaccidentalwolf.com). Notable acting credits: The Humans (Drama Desk Award), Guards at the Taj (Obie Award), Bengal Tiger at the Baghdad Zoo (Tony nom), Succession (HBO).

Jeffrey S. Chase is a former Immigration Judge who presently practices law in New York City.  He is of counsel to the law firm of DiRaimondo & Masi, P.C.  He is a past recipient of the American Immigration Lawyer’s Association (AILA) Pro Bono Award, and a prior volunteer staff attorney for Human Rights First.  In 2017, he organized a group of former immigration judges and BIA appellate judges which has filed amicus briefs in significant cases, issued press statements, and submitted written testimony to Congress. He has served as a mentor for the Immigration Justice Campaign, volunteers with the New Sanctuary Coalition, is a Board Members with the Association for Deportation Defense Attorneys, and frequently writes and lectures on immigration law topics.  His immigration law blog can be found at jeffreyschase.com.

Richard Hanus
The real-life Immigration Lawyer depicted in "The Courtroom"

Richard Hanus is a veteran immigration lawyer with offices in Chicago and the suburbs of Elgin and Waukegan, Illinois   He received his B.S. from Northwestern University and J.D. from the University of Illinois School of Law.  In 1990, Richard established the Law Offices of Richard Hanus, where he represents clientele across the U.S. and globally in family and employment based immigration matters, as well as in defense of removal/deportation proceedings.

Richard practices before U.S. Department of Homeland Security agencies, U.S. Department of Justice/Executive Office of Immigration Review’s Immigration Courts and Board of Immigration Appeals, U.S. District Courts and Circuit Courts of Appeal.   Richard is a frequent lecturer on a variety of immigration law topics for the immigration law, criminal defense, corporate/employment and family law bars.   He provides pro bono counsel through various social services agencies, including the ARK Chicago and Chicago Volunteer Legal Services and has chaired numerous government liaison and pro bono committees for the American Immigration Lawyers Association.