Before he was the first African-American Supreme Court Justice, Thurgood Marshall was an attorney for the NAACP. Marshall tells the story of one of his earlier cases. The year is 1940. The place is Connecticut. The case is The State of Connecticut v. Joseph Spell (Sterling K. Brown); a black chauffeur is accused by his white employer of sexual assault and attempted murder. Thurgood Marshall (Chadwick Boseman) is not allowed to speak at the trial, so the defense depends on Samuel Friedman (Josh Gad), a young Jewish attorney who has never tried a criminal case. What emerges from this situation is a story of racial injustice and the unlikely friendship that forms to combat it.

This conversation centered on America’s longstanding struggle for racial justice and the bonds of shared persecution that had, in the past, united African-Americans and Jews.

“More than any American, Thurgood Marshall did the most to take the promise of the American experience and bring it into reality.” 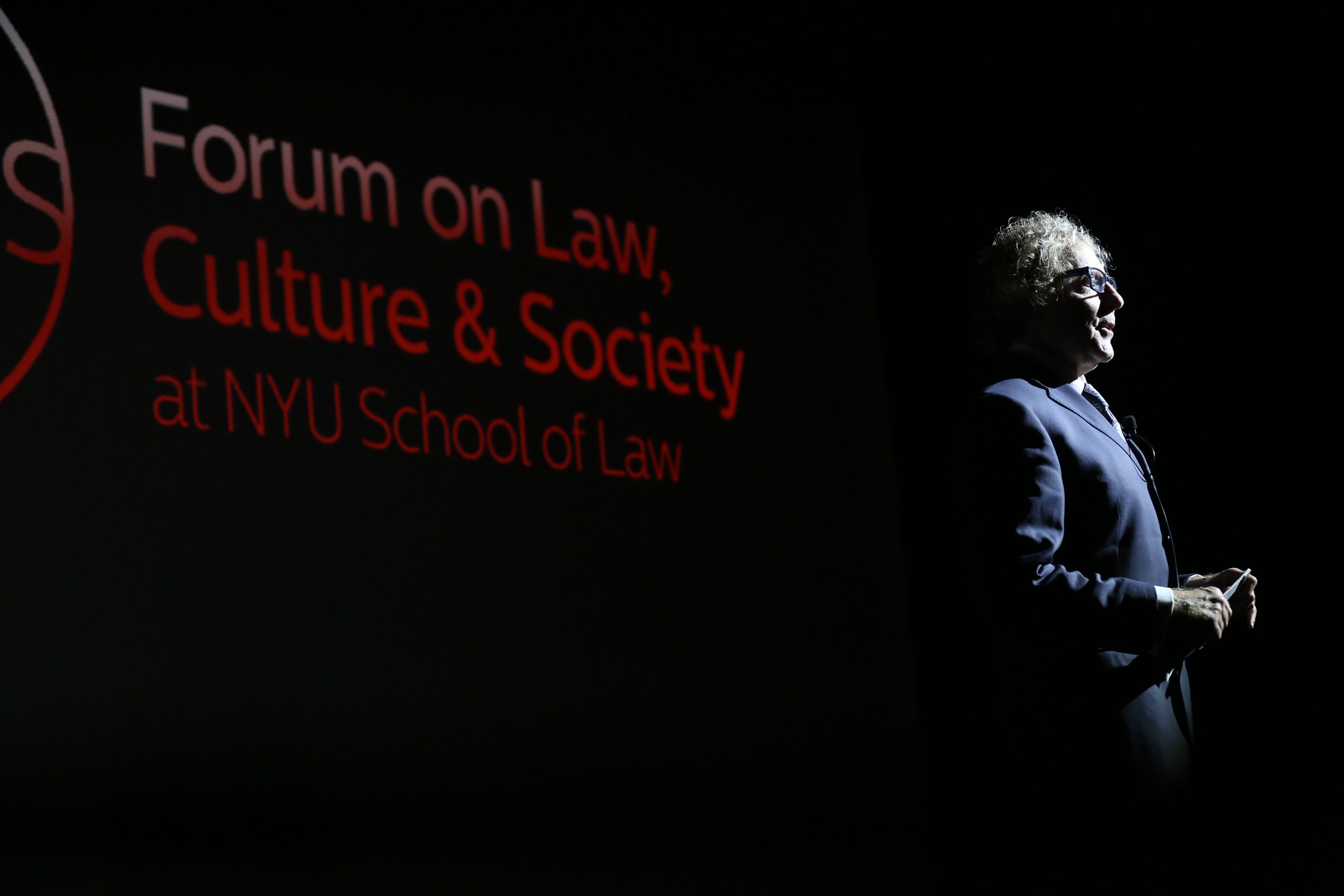 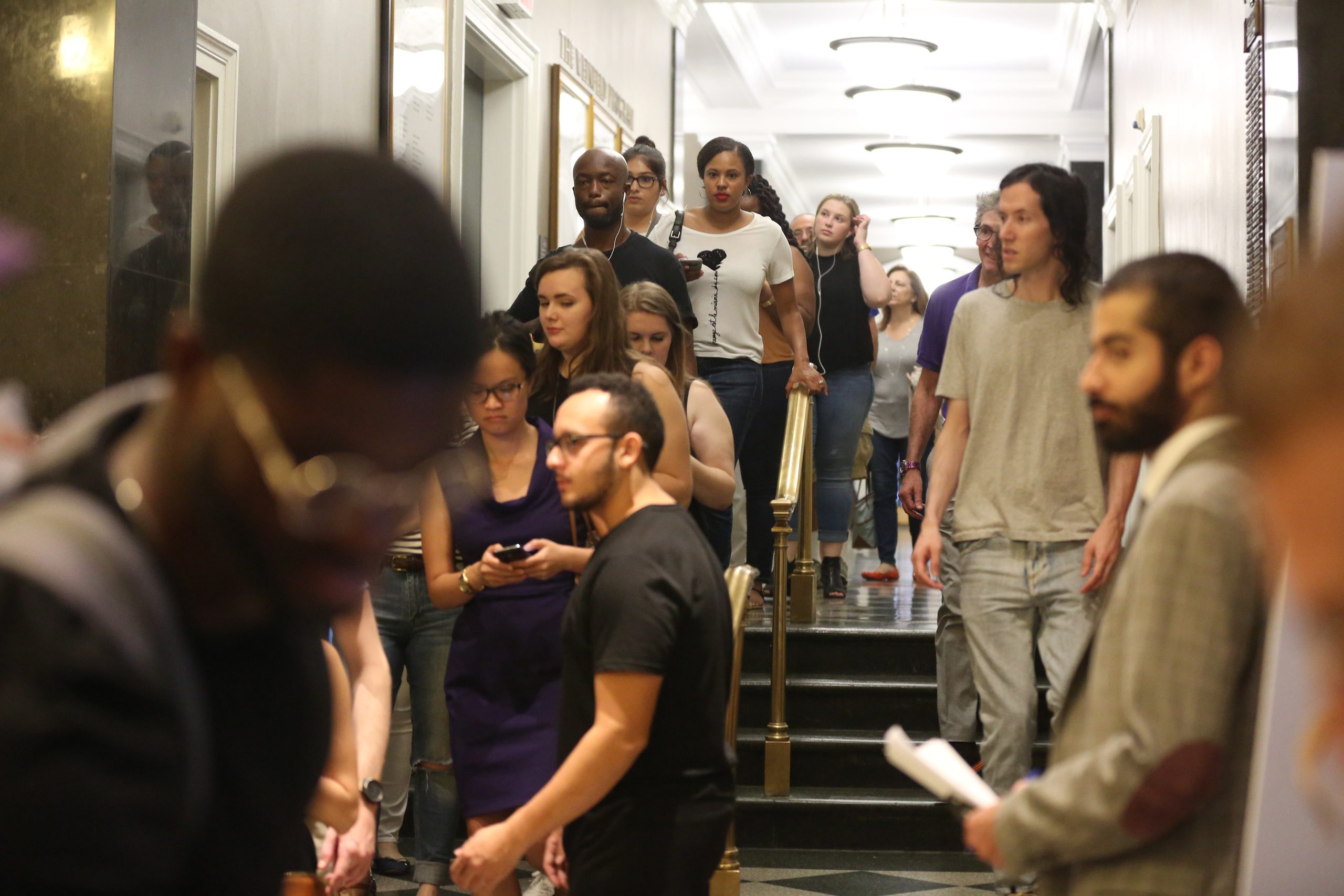 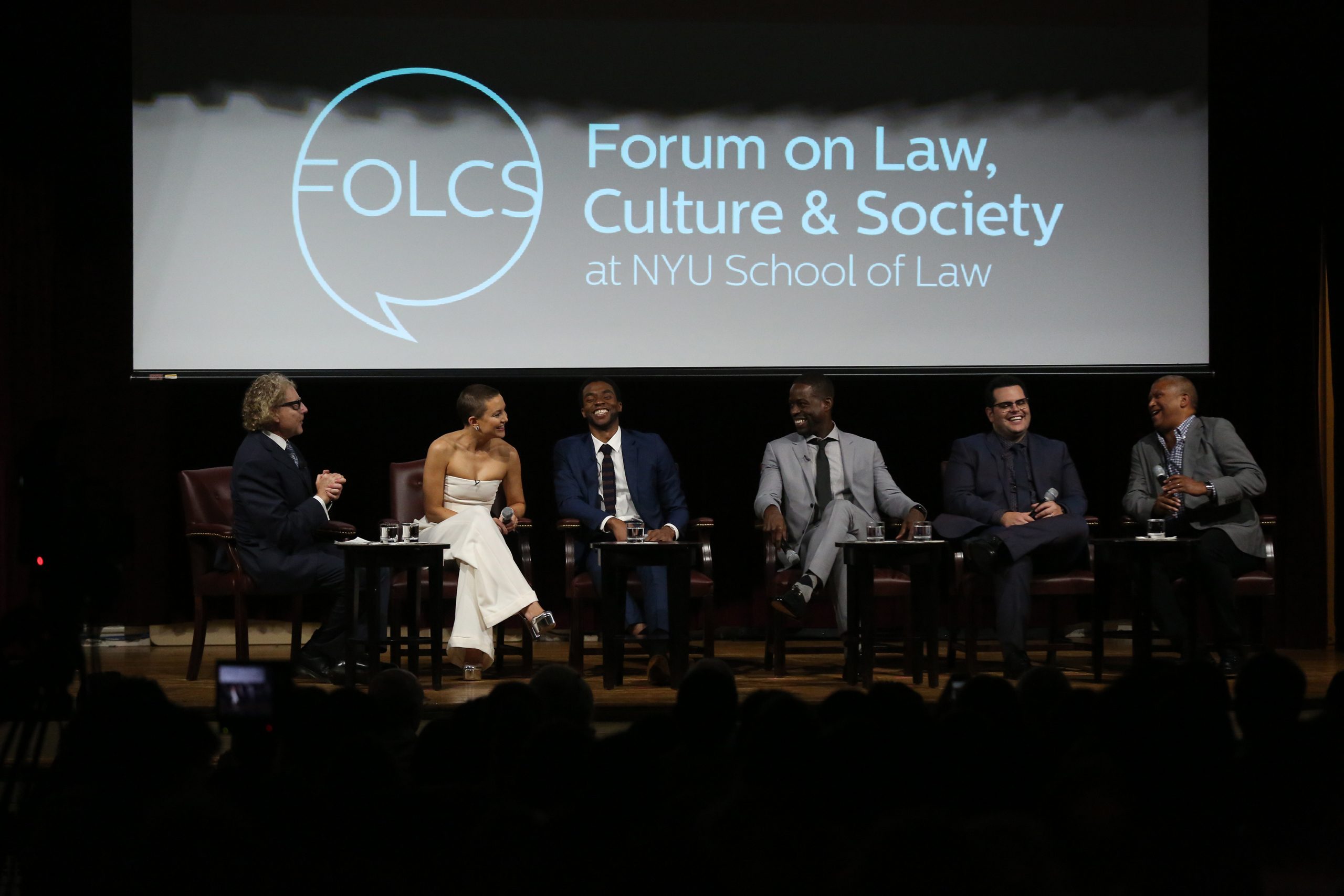 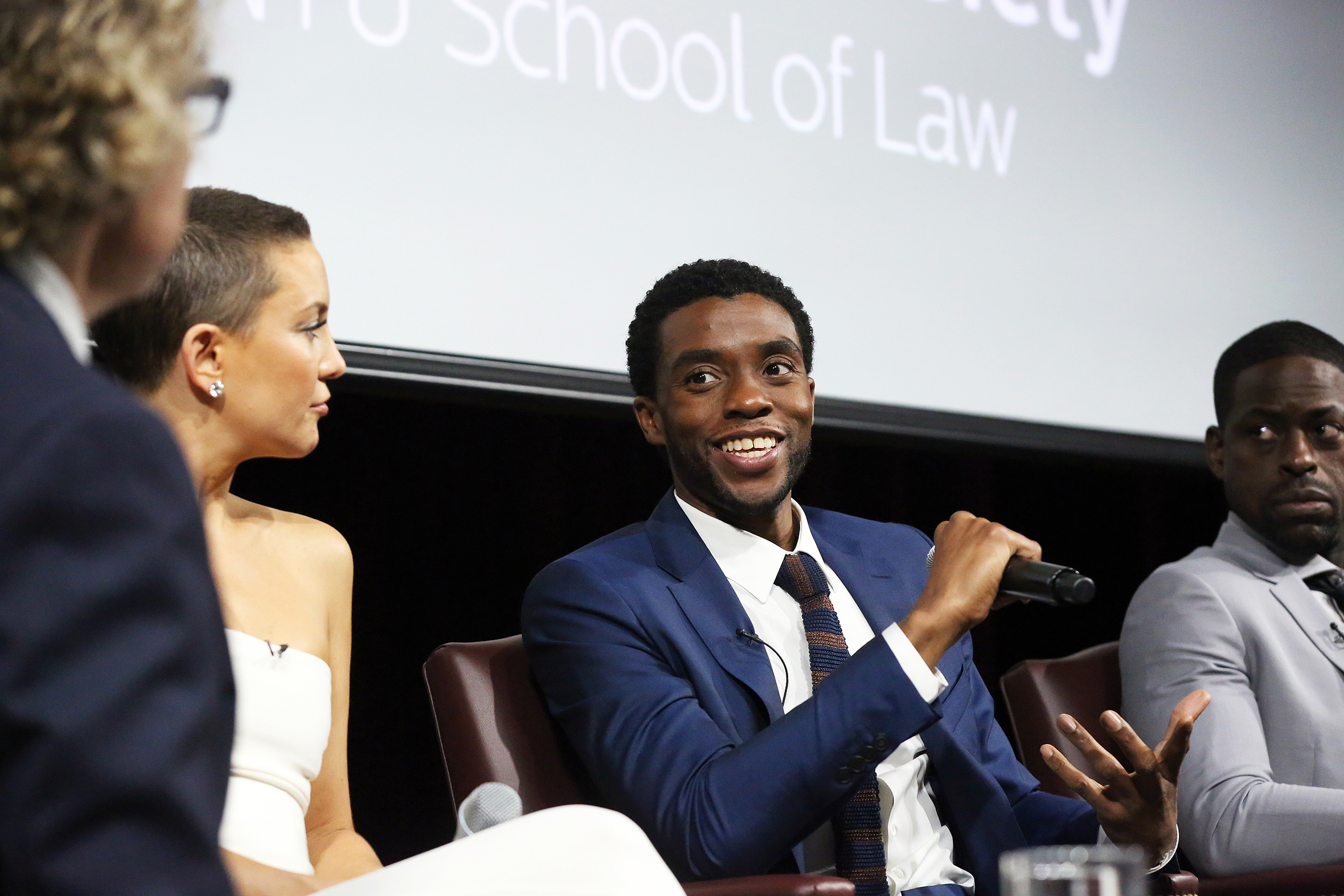 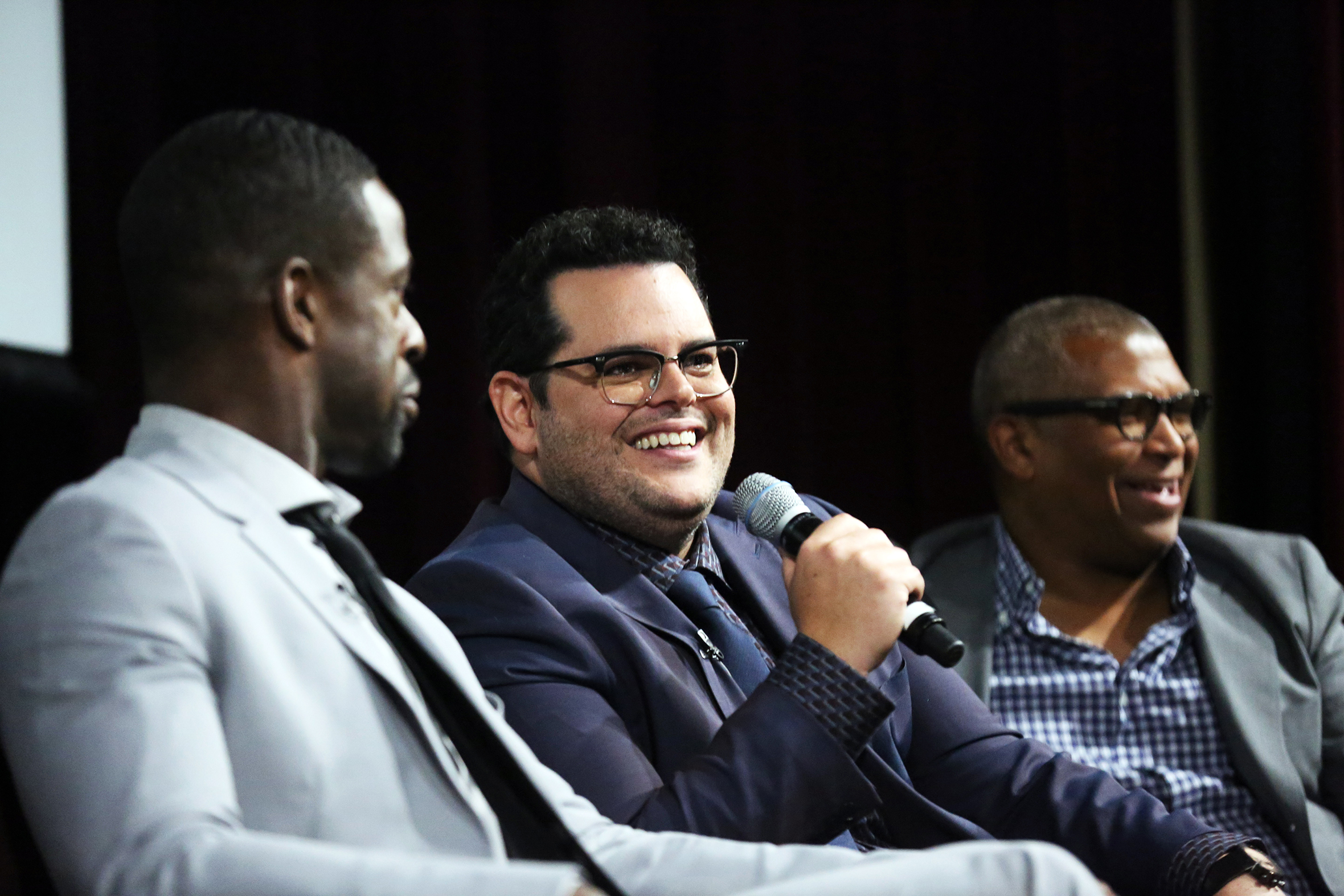 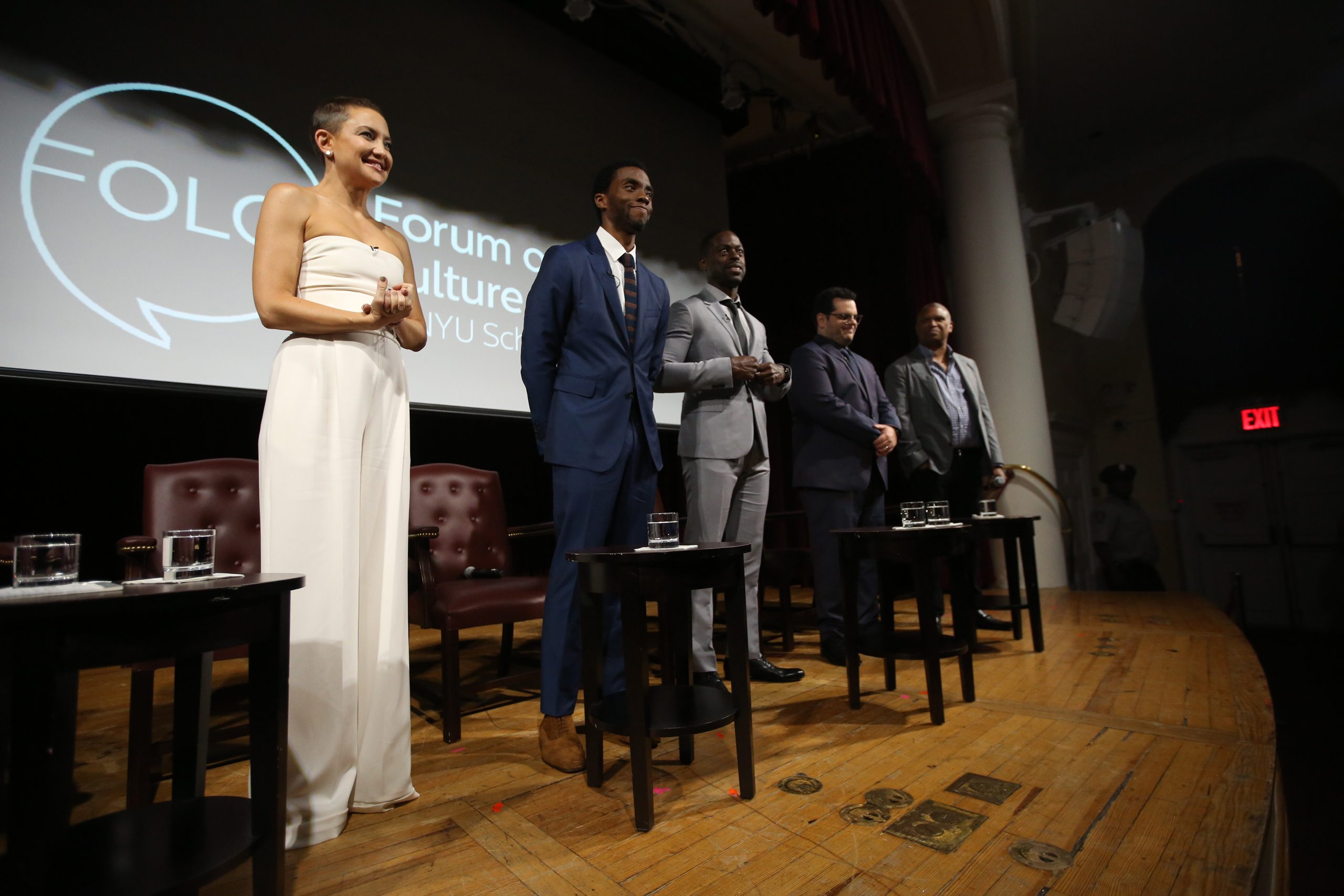 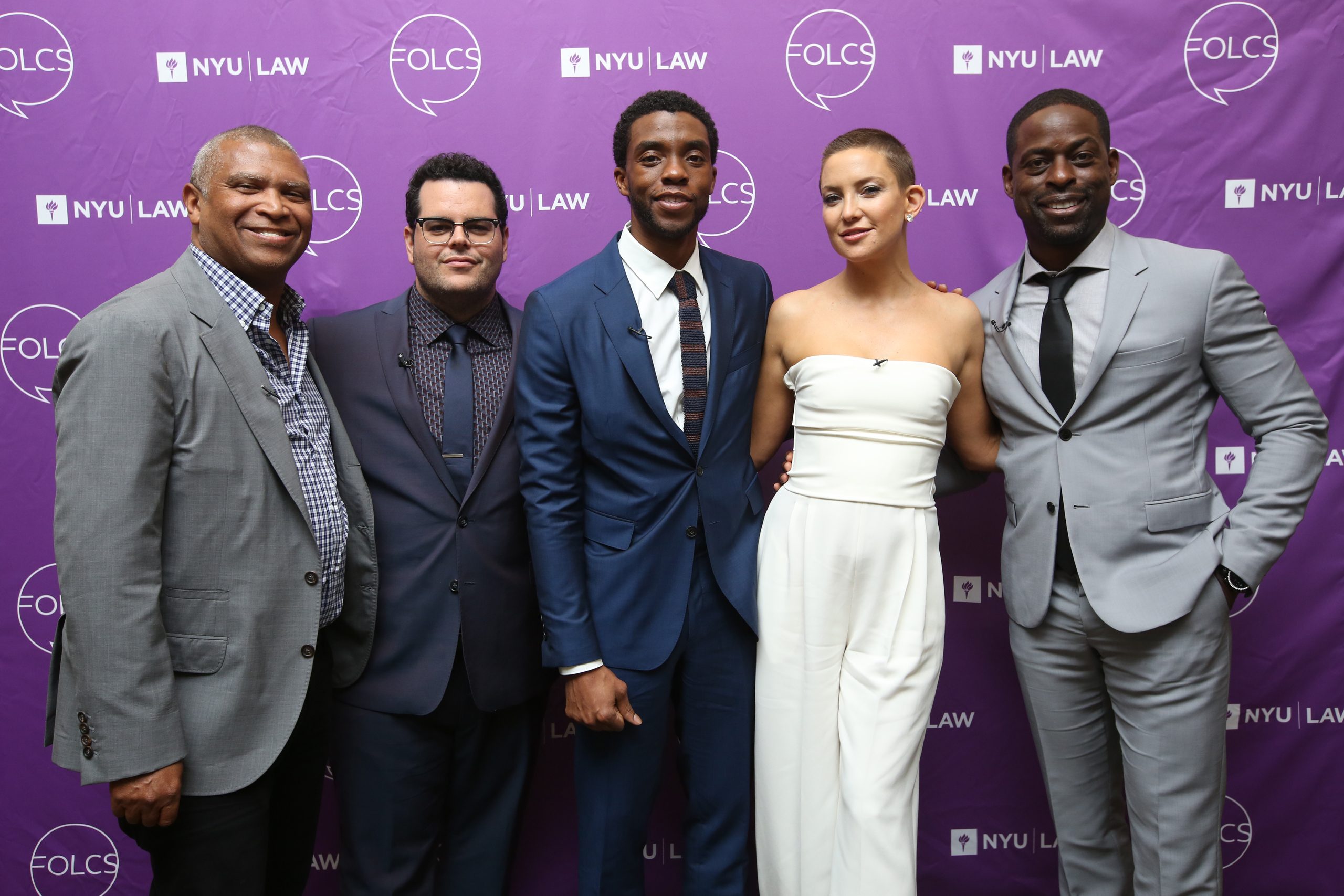 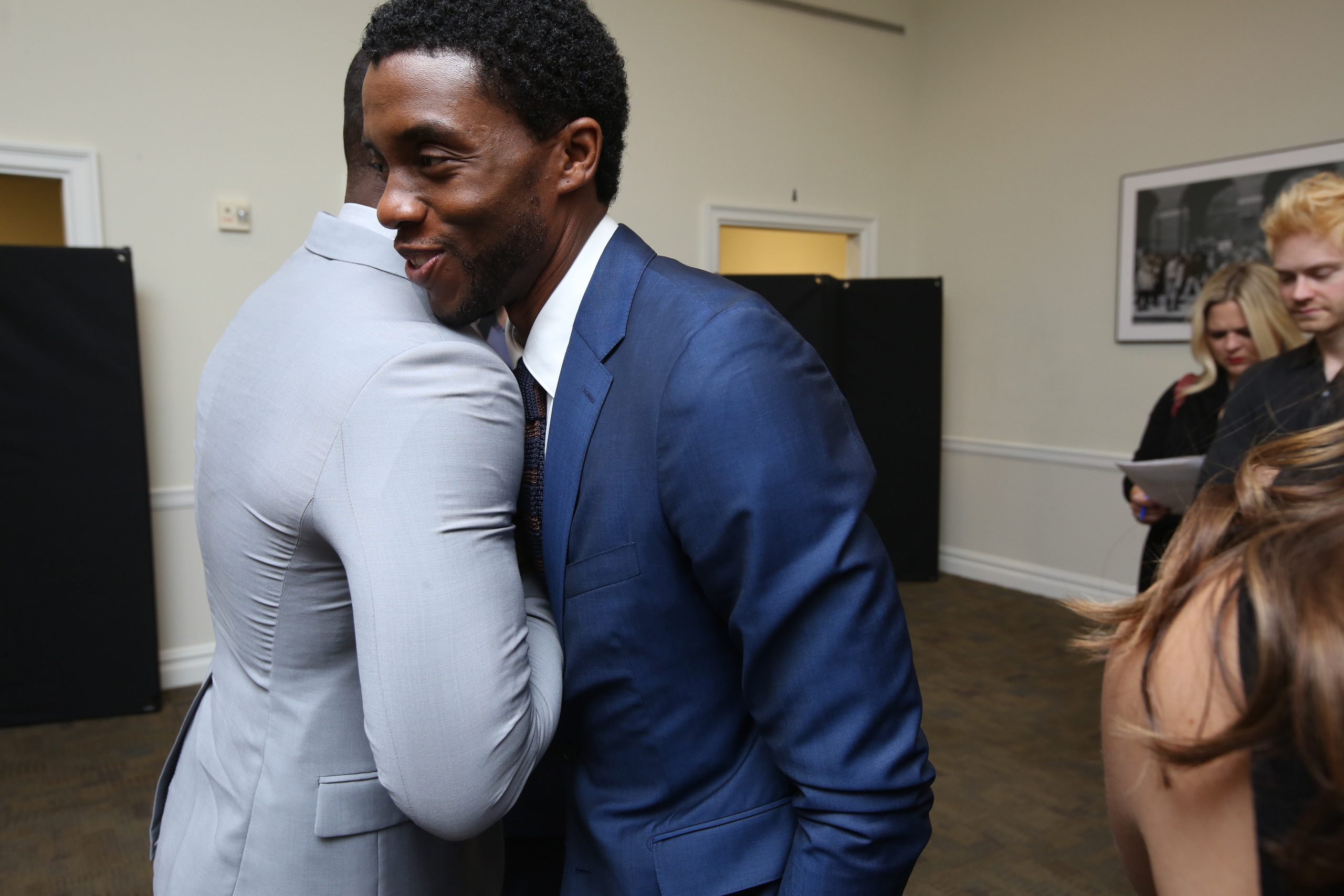 “He (Marshall) was not afraid to be around people that didn’t look like him, and at the same time, he wasn’t afraid to fight them.”

Director and producer Reginald Hudlin is a pioneer of the modern black film movement, helming some of the most influential films and TV series of his generation. His most recent efforts include producing the 30th Anniversary of Showtime at the Apollo for FOX.

In February 2016, Hudlin was one of the producers of the Academy of Motion Pictures Arts and Sciences’ 88th Annual Academy Awards, for which he subsequently received an Emmy nomination in the category of Outstanding Special Class Program. Also for AMPAS, he produced the 6th Annual Governors Awards and The Black Movie Soundtrack, the recurring live cinematic concert experience at The Hollywood Bowl. Additionally, he has been the executive producer of the NAACP Image Awards for the past five years (2013-2017).
In 2012, he was nominated for a Best Picture Academy Award as one of the producers of Quentin Tarantino’s Academy Award- and Golden Globe-winning film Django Unchained, one of the top-grossing Westerns of all time.
In his more than 30-year career, Hudlin has written, directed and/or produced numerous popular feature films including House Party (1990), Boomerang (1992) and Bebe’s Kids (1992). Hudlin was also an executive producer and writer of the animated TV series Black Panther and executive producer of The Boondocks. Along with the original founding members, Hudlin revived the beloved comic book company Milestone Media.

As Black Entertainment Television’s first president of entertainment (2005-2009), Hudlin shepherded some of the networks biggest hits, including Sunday Best, BET Honors and The BET Hip Hop Awards. He also built BET’s profitable home entertainment division and revamped the network’s news division, which went on to win more than a dozen awards during that period.

A native of South Carolina, Chadwick Boseman graduated from Howard University and also attended the British American Dramatic Academy at Oxford, after which he began his career as an actor, director and writer. He made his feature film debut in Gary Fleders’ drama The Express, playing football great Floyd Little. His breakout performance came in 2013 when he received rave reviews for his portrayal of the legendary Jackie Robinson in Warner Bros’ 42. In 2014, Boseman once again garnered critical praise for his portrayal of James Brown in Universal Pictures’ Get On Up.

Boseman joined the Marvel Cinematic Universe as the African superhero “Black Panther” in Marvel’s Captain America: Civil War. He reprised the role for Marvel’s Avengers: Infinity War. His other feature film credits include: the revenge thriller Message from the King, which premiered at the Toronto International Film Festival and garnered Boseman the Vanguard Honor for Achievement in Performance Award at the festival, the independent psychological post-war drama The Kill Hole and Summit Entertainment’s Draft Day.

Emmy Award winning actor Sterling K. Brown currently stars in NBC’s Golden Globe nominated dramedy series THIS IS US, for which he has been nominated for a SAG Award and won an NAACP Image Award. In 2016, Brown portrayed prosecutor Christopher Darden in FX’s highly-rated award-winning television event series The People v. O.J. Simpson: American Crime Story. He won an Emmy Award and Critics Choice Award for the role and was nominated for a Golden Globe, SAG and NAACP Image Award.

A lover of theater, Brown has performed in a variety of staged shows, including NY and LA productions of Father Comes Home from the Wars (Part 1,2, &3),for which he was nominated for an Ovation Award. His additional stage credits include Macbeth, The Brother/Sister Plays and The Resistable Rise of Arturo Ui opposite Al Pacino.

Brown graduated with a Bachelor of Arts in Drama from Stanford University, before receiving his Master’s Degree in Fine Arts from NYU’s Tisch School of the Arts. He currently resides in Los Angeles with his wife and two children.

Golden Globe Award winner and Academy Award nominee Kate Hudson made her studio film debut in “200 Cigarettes,” co-starring with Ben Affleck, Courtney Love and Paul Rudd. It was her career-making performance in Cameron Crowe’s “Almost Famous” that won the hearts of critics and moviegoers around the world. Her portrayal of “band aid” Penny Lane earned her a Golden Globe Award, an Academy Award nomination as Best Supporting Actress and a BAFTA nomination, amongst numerous other honors and recognition.

She followed with roles in Robert Altman’s “Dr. T and the Women,” “About Adam” and Shekhar Kapur’s period remake of “The Four Feathers,” opposite Heath Ledger and achieved global box office success starring opposite Matthew McConaughey in the hit romantic comedy, “How to Lose a Guy in 10 Days,”. She produced and starred opposite Anne Hathaway in “Bride Wars” and dazzled in Rob Marshall’s all-star movie musical, “Nine.” She starred Zach Braff’s “Wish I Was Here” and Barry Levinson’s “Rock the Kasbah,”. She reunited with Garry Marshall for “Mother’s Day,” with Julia Roberts, Jennifer Aniston and Jason Sudeikis, and co-starred in Peter Berg’s “Deepwater Horizon,” and will be seen in Reginald Hudlin’s “Marshall,”.

Kate is a Board Member of The Hawn Foundation’s Board of Directors and is actively involved in the organization’s signature program, MindUP, which teaches skills and mindfulness practices that help children improve learning and academic performance, as well as valuable social and emotional skills. She has also partnered with the World Food Program in their fight to end hunger around the world and has been involved with numerous other causes, including the Starkey Foundation, Baby2Baby, women’s rights, education and the fight to eradicate breast cancer.

Josh Gad brings incredible wit, humor and depth to all of his roles from a summer-loving snowman to a wacky Mormon missionary. Gad was most recently seen featured in the live-action Disney film Beauty and the Beastin the role of Le Fou, Gaston’s side-kick and found lending his voice in Sony’s The Angry Birds Movie, an animated film adaptation of the popular game.

Gad also took Broadway by storm starring as Elder Cunningham in the Tony Award-winning comedy musical Book of Mormon. Gad was nominated for Tony, Drama League and Astaire awards, winning the Outer Critics Circle Award. He made his Broadway debut in a Tony-winning production of The 25th Annual Putnam County Spelling Bee.

After graduating from the Carnegie Mellon School of Drama, Gad began his career in the theater. He then turned his sights to comedy, co-founding his own company, The Lost Nomads Comedy Troupe.