With the recent passing of legendary heavyweight champion, Muhammad Ali (born Cassius Marsellus Clay, Jr.), Trials & Error revisits the 1971 Supreme Court opinion that nearly ended Ali’s career: Clay v. United States. After refusing induction into the military in 1967, and the Draft Board and a federal appeals court denying his request for conscientious objector status, Ali was stripped of his boxing license and heavyweight title. It took months of infighting within the chambers of the Supreme Court for eight Justices to unanimously rule that Clay’s religious objection to war, as a Muslim, was valid. 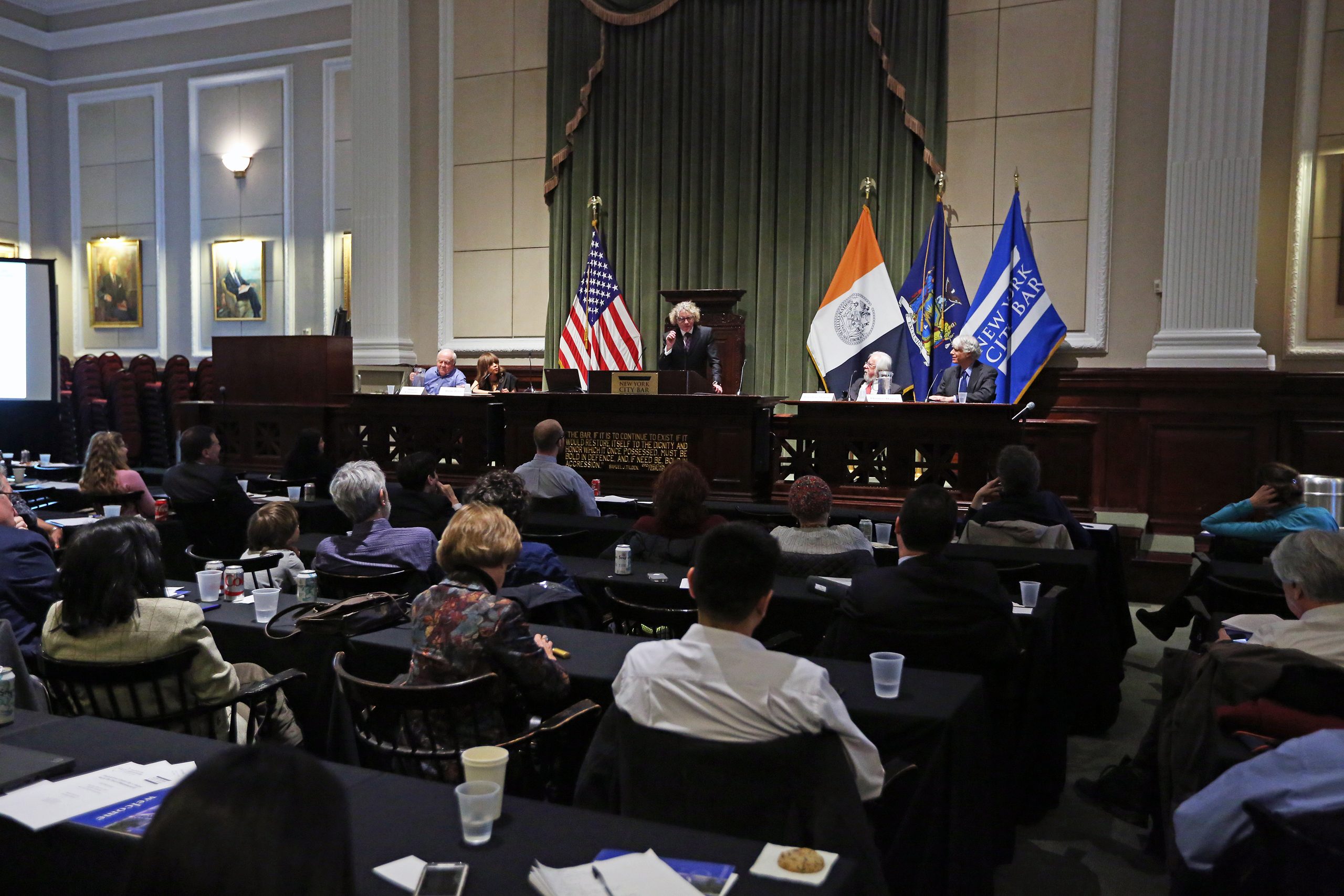 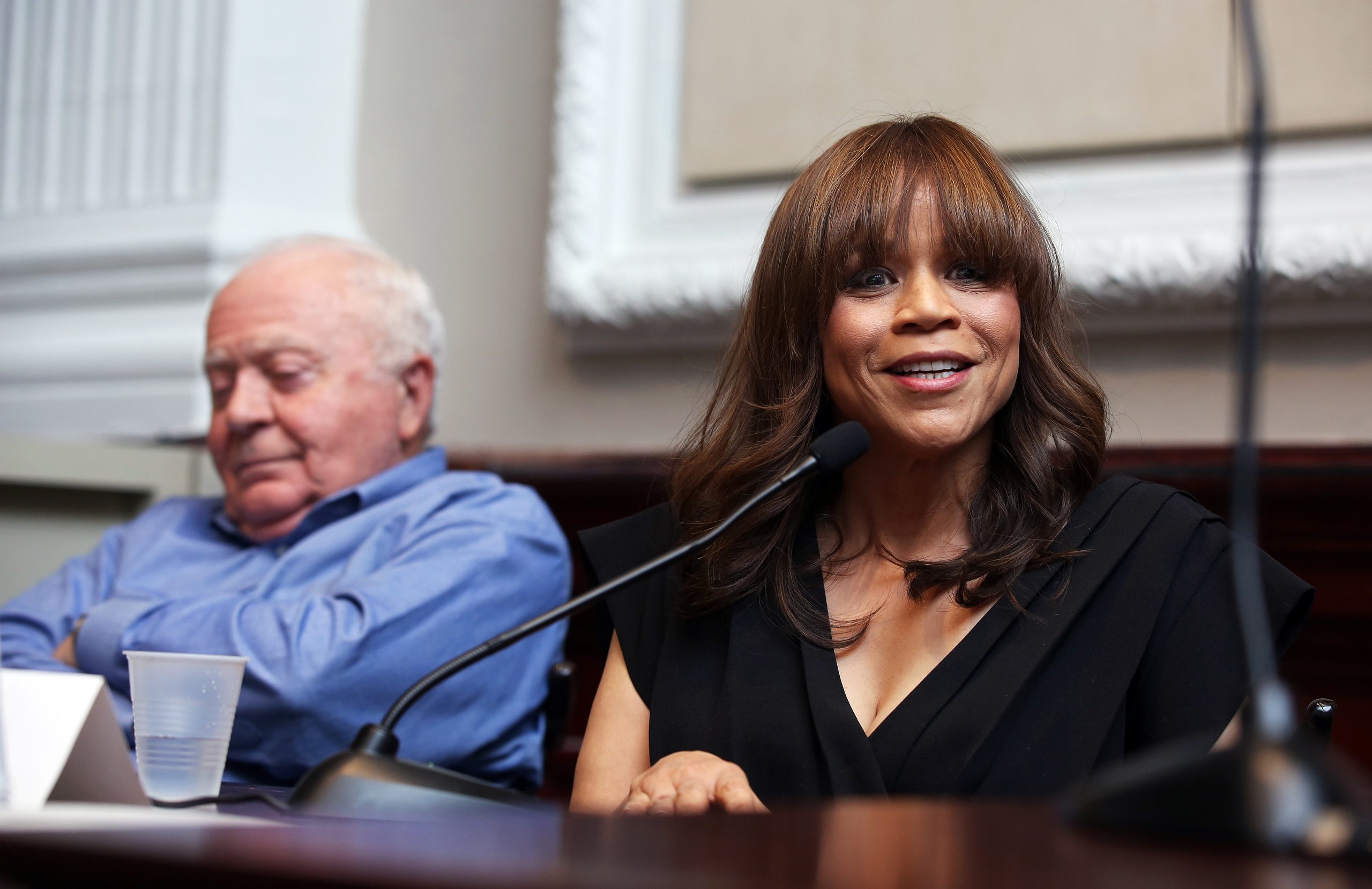 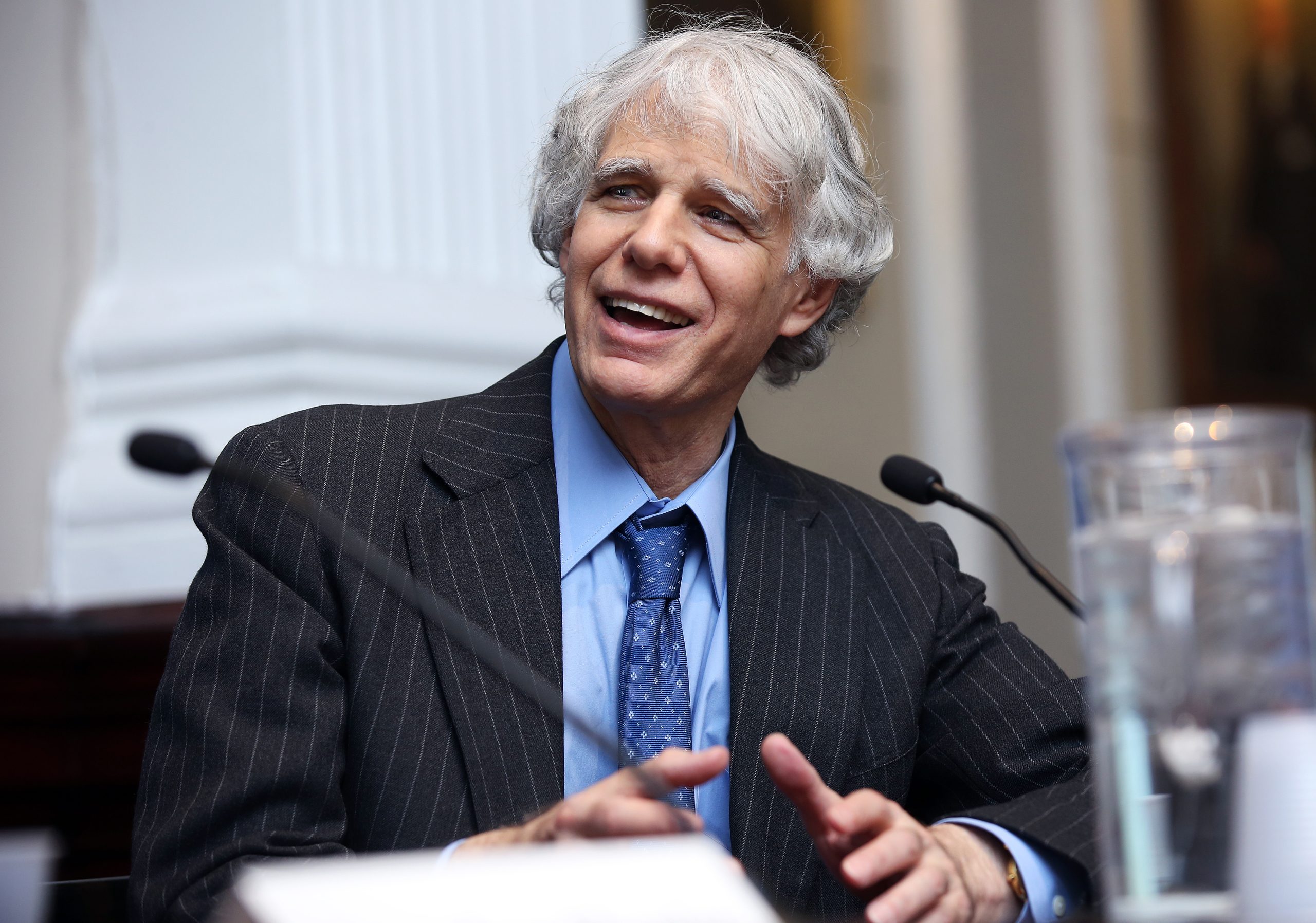 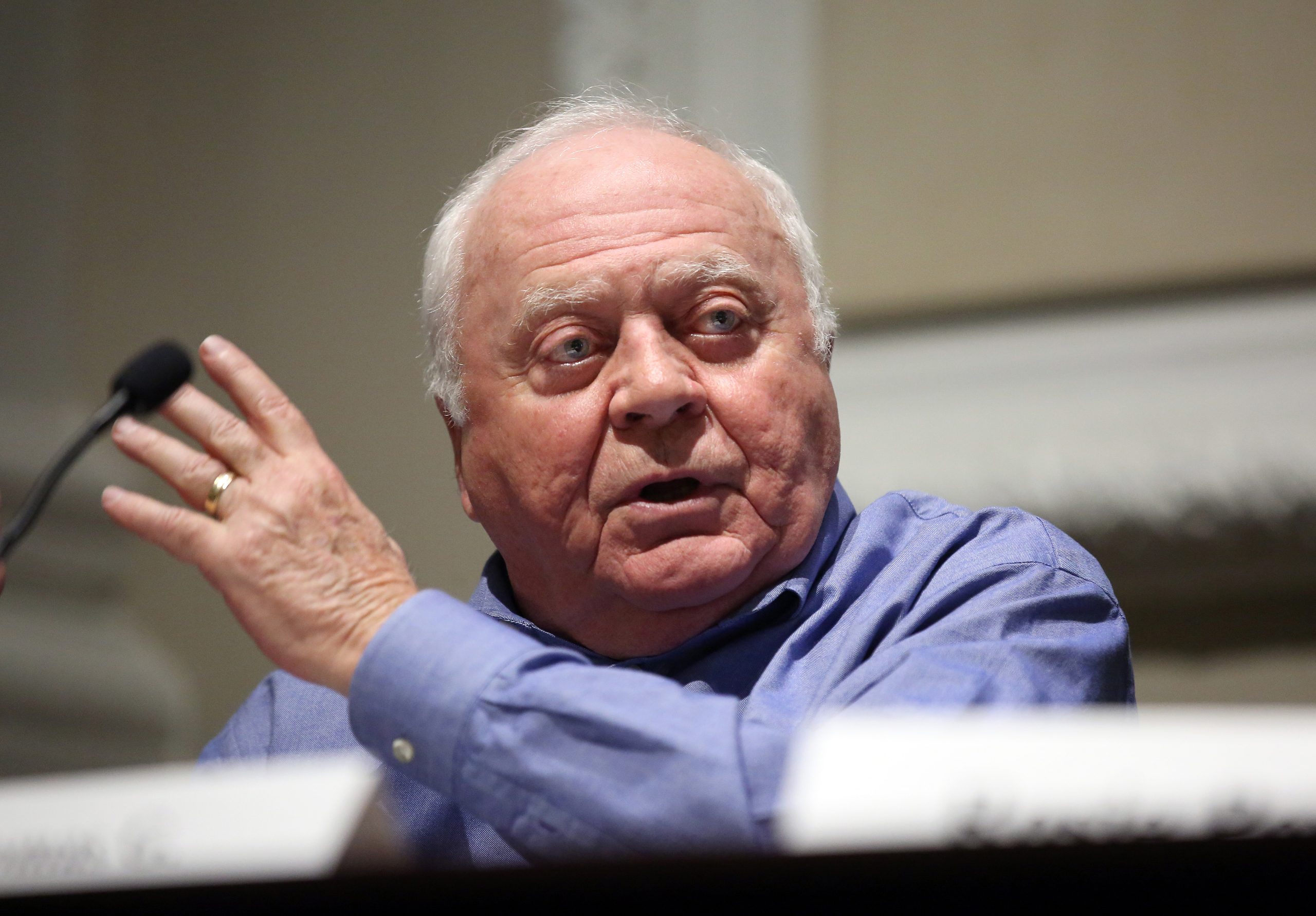 Thomas G. Krattenmaker had three significant legal careers before retiring and establishing a private consulting practice in 2012 – in government (as a law clerk to Supreme Court Justice John M. Harlan, as senior counsel in the Department of Justice’s Antitrust Division and through two stints at the Federal Communications Commission and three at the Federal Trade Commission), in academia (where in the course of 30 years as a professor of law, he also served as a law school Dean, Associate Dean, and Fulbright Professor) and in private practice (principally, as senior counsel at Mintz Levin, and, later, of counsel at Wilson Sonsini Goodrich & Rosati).

Tom spent the bulk of his legal career, over 30 years, in legal education. He was a law professor at the University of Connecticut, Georgetown University (where he was also Associate Dean), and the College of William and Mary (where he was also Dean) and a Fulbright Visiting Professor at the University of Natal (Durban) School of Law in South Africa. His principal courses and scholarly publications were in antitrust, constitutional, and telecommunications law. His work, with Professor Salop, on anticompetitive exclusion is known throughout the antitrust world and his casebook on Telecommunications Law and Policy led its field in American law schools. His writings on the application of the first amendment to electronic communications are widely read.

Since retiring from academia, he has been Special Counsel for Policy and Regulatory Affairs to the Assistant Attorney General for Antitrust at the Department of Justice (1997-98), Director of Research at the Federal Communications Commission (FCC)(1998-2000), a member of the law firm of Mintz, Levin, Cohn, Ferris, Glovsky and Popeo (2000-2003), an attorney in the Federal Trade Commission’s (FTC) Bureau of Competition, Office of Policy and Coordination (2003-2007) and special counsel at Wilson Sonsini Goodrich & Rosati (2007-2009, 2010-2012).

Jonathan Shapiro has appeared in trial and appellate courts throughout the United States for more than forty years. He has handled hundreds of jury cases and appeals – both civil and criminal – in the courts of Massachusetts, New York, and many other states.  Among his more famous victories was the decision of the United States Supreme Court reversing the conviction of world boxing champion Muhammad Ali in Clay v. United States, 403 U.S. 698 (1971).

Mr. Shapiro is a member of the Massachusetts and New York bars, and the bars of the United States Supreme Court, the United States Courts of Appeals for the First, Second, Fourth, Fifth, Sixth, Seventh and Eleventh Circuits, as well as numerous United States District Courts.  In the Supreme Court he argued and won Ham v. South Carolina, 409 U.S. 526 (1973), and Ponte v. Real, 471 U.S. 491 (1985), which established important principles of criminal procedure, civil rights and administrative process.

In the 1960′s, Mr. Shapiro was one of a small group of lawyers who spearheaded enforcement of the newly enacted civil rights laws in Jackson, Mississippi at the Lawyers’ Committee for Civil Rights Under Law.  Then, as a lawyer for the NAACP Legal Defense Fund, he handled civil rights litigation in state and federal courts throughout the country until moving to Boston in 1973.

Mr. Shapiro has a reputation as a skilled courtroom advocate in criminal and civil cases.  His practice includes civil rights, medical malpractice, employment discrimination, product liability, personal injury, consumer class actions, and false claims act/whistleblower litigation.  In 2000, he was honored by the Massachusetts chapter of the National Lawyers Guild for his outstanding achievements, and he has been listed in “The Best Lawyers in America” for over twenty years.

Mr. Shapiro has taught at Harvard and Northeastern Law Schools.  He graduated with honors from both Columbia College, in 1961, and Harvard Law School, in 1964.

Thomas Hauser was born in New York and attended both college (1967) and law school (1970) at Columbia. After graduating from law school, he clerked for a federal judge until November 1971, when he started work as a litigator for the Wall Street law firm of Cravath Swaine & Moore.

In 1977, Hauser began to write. Since then, he has authored forty-eight books on subjects ranging from professional boxing to Beethoven. His first book — Missing — was nominated for the Pulitzer Prize, Bancroft Prize, and National Book Award, and served as the basis for the Academy-Award-winning film starring Jack Lemmon and Sissy Spacek. The Beethoven Conspiracy — Hauser’s thriller about the search for a lost Beethoven symphony — won the prestigious Prix Lafayette, awarded biannually in France to the outstanding book by an American. Subsequently, Hauser co-authored Final Warning: The Legacy of Chernobyl, again demonstrating his ability to explain and bring to life events of complexity and importance; an ability which has secured his reputation as a responsible and reliable social critic. The film version of Final Warning starred Jon Voight and Jason Robards.

Hauser’s most celebrated work to date is Muhammad Ali: His Life And Times — the definitive biography of the most famous man on earth. Like Missing, the Ali book was nominated for a Pulitzer Prize and the National Book Award. The British edition was honored with the William Hill Book of the Year Award in England. Subsequently, Ali and Hauser co-authored HEALING: A Journal of Tolerance And Understanding and criss-crossed the United States, meeting with student audiences on their subject. For their efforts to combat bigotry and prejudice, they were named as co-recipients of the 1998 Haviva Reik Award.

In recent years, much of Hauser’s writing has focused on the sport and business of professional boxing. His award-winning investigative articles and his testimony before the United States Senate Committee on Commerce, Science, and Transportation were hailed within the boxing industry as a significant force for change. In 2004, Hauser was honored by the Boxing Writers Association of America, which bestowed upon him the Nat Fleischer Award for Career Excellence in Boxing Journalism. Since 2012, he has been a consultant to HBO Sports.

Hauser’s books are read worldwide in eighteen languages. He has written articles for The New Yorker, The New York Times, and numerous other publications. He lives in Manhattan.

The past year proved very busy for Rosie Perez as she returned to Broadway for the highly-successful Fish in the Dark with Larry David.

On the big screen, her performance in Peter Weir’s Fearless garnered her a Golden Globe and Academy Award nomination.

Perez’s film credits include Spike Lee’s Do the Right Thing and Andrew Bergman’s It Could Happen to You, among many others.She received rave reviews for her performance in The Ritz and made her Broadway debut in the hit revival of Terence McNally’s Frankie and Johnny in the Clair de Lune.

Throughout her career, Perez has been a vocal activist for a number of causes and serves as the Artistic Board Chair for Urban Arts Partnership. Rosie details her childhood upbringing and career in her book, Handbook for an Unpredictable Life: How I Survived Sister Renata and My Crazy Mother, and Still Came Out Smiling (with Great Hair).