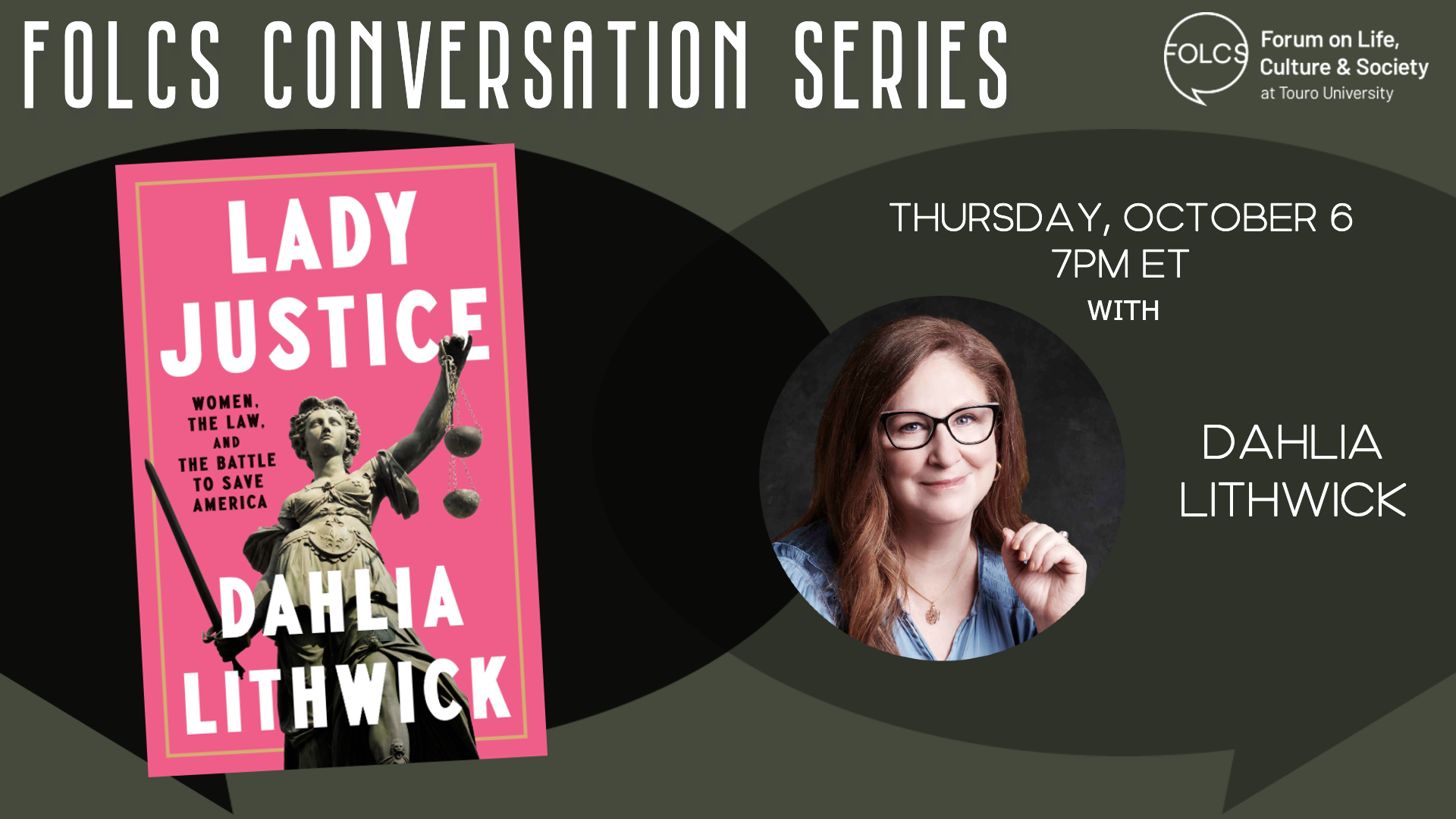 Join FOLCS on October 6 at 7pm ET for a Conversation with Slate senior legal correspondent and MSNBC contributor, Dahlia Lithwick, who happens to also be a longtime FOLCS friend and former guest, to discuss her new book, Lady Justice: Women, the Law, and the Battle to Save America.

The Women’s March was not the only thing that arose from Donald Trump’s 2017 inauguration.  Women lawyers showed up, too.  Lithwick tells a story that has gone largely unreported, taking her readers on an American journey of crusading women standing firm on civil liberties, whether it involved defending abortion rights, opposing the Muslim travel ban, or even challenging the neo-Nazis who marched Charlottesville.

Dahlia Lithwick is the senior legal correspondent at Slate and host of Amicus, Slate’s award-winning, biweekly podcast about the law. Her work has also appeared in The New York Times, Harper’s Magazine, The New Yorker, The Washington Post, The New Republic, and Commentary, among other places. Lithwick won a 2013 National Magazine Award for her columns on the Affordable Care Act. She was inducted into the American Academy of Arts and Sciences in October 2018.